Boronia Hawks Football Netball Club are extremely excited about the revolutionary approach in 2018 to developing our young footballers. The “Hawk Squad” is made up of the Under 17 Ray Lacey team and the Under 19 David Murrihy team, working together to develop overall footy excellence and improved pathways to senior football. The squad will be supported by a range of specialist coaches and overseen by Craig “Fletch” McKenzie

We are seeking a sponsor to support the development of the Hawk Squad to ensure these promising young footballers have some of the best resources and equipment available to promote success. The sponsorship package would include: 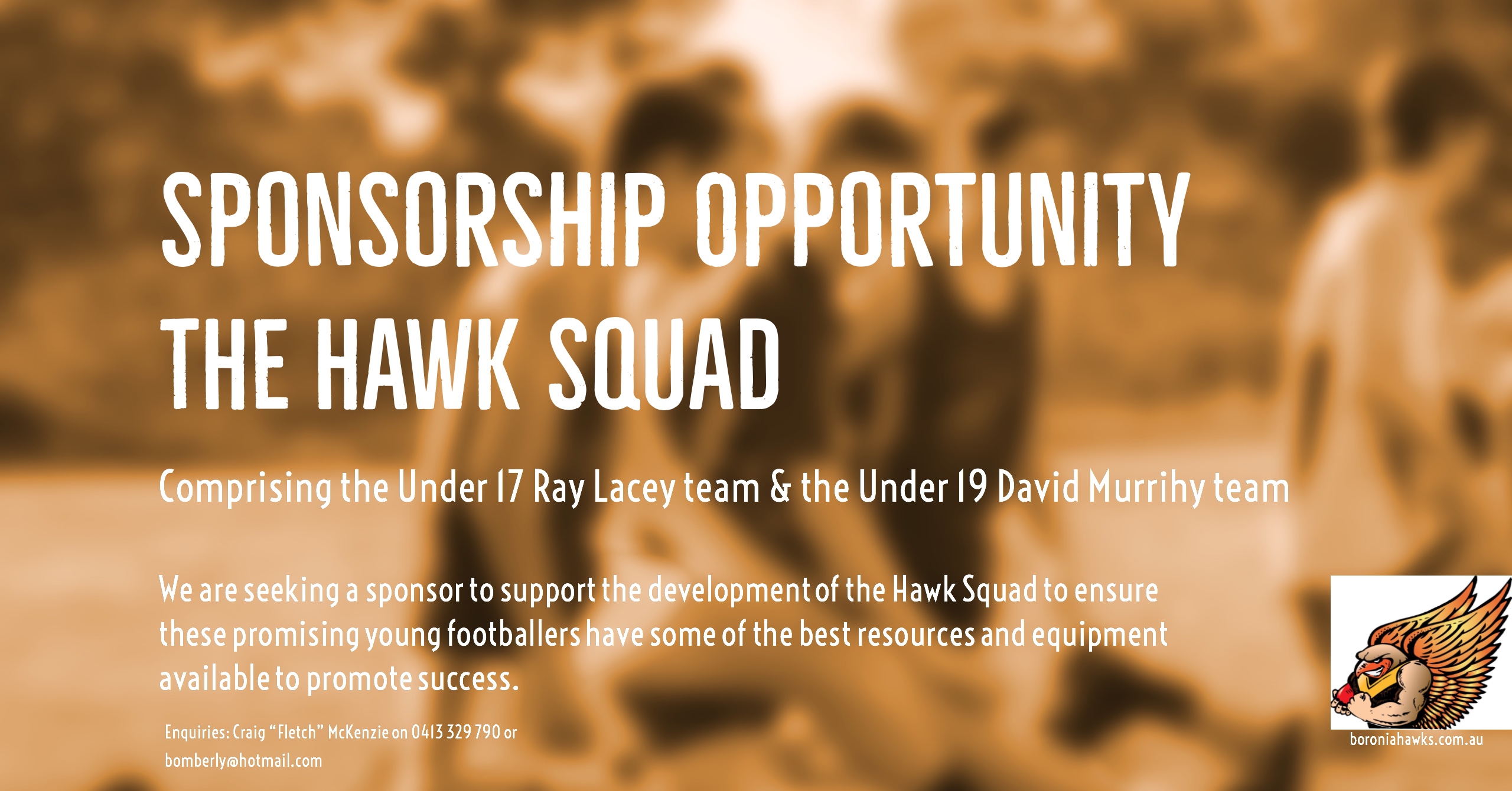