Boronia Football Club would like to announce the return of ex-junior Jayden Collins for the rest of the season and beyond.

Jayden, a versatile tall who can play either end or in the ruck, is currently with the Northern Blues in the VFL, but has today been cleared from Vermont to Boronia.  Standing 200cm tall, he will add another dimension to our big man stocks.

Jayden has had a lot of success at representative level.  In 2015 he featured in 5 of Vic Metro’s 6 games in the NAB AFL U18 Championships, playing in the ruck.  He also played all of 2015 at Eastern Ranges.

Jayden has had a delayed start to 2016 after having a hip clean out operation but returned to the VFL last weekend.  He is eager to contribute for Boronia Hawks whenever he is available.

Welcome back to Jayden and the Collins family! 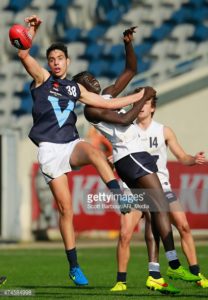 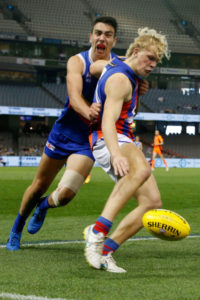