Tonight was always going to be a tough game against top seated Fairpark Yellow, who came runners up to our Hawks premier team in the 2017 GF.  As usual Hawks started a little slow but settled into their groove 10 minutes into the game.  I think we surprised Fairpark by getting to within 3 goals and showing them some tough competition.  Fairpark were a team of 9 tonight and they are a very competitive and experienced team who have been playing together for years.  In the last quarter they blew out the scores to take the win by 20!  Hawks lost 40-60
Unfortunately with us only having 7 players and an hour long game, Hawks had no fresh legs to push through in the last quarter.  However I don’t think the scores reflected how good we played tonight.
Fill in Amy Hazard was a fantastic pick up for us in defence and played a great game with countless turn overs. Julia, Ann-Maree and Mel Hutton played hard and strong in goals together and Emily Barrie had a great game, working her arse off through the mid court.  Carla Alexander, Ally Victoria and Mandy Bell all had very good games but unfortunately we just couldn’t pull it together enough to keep the scores tighter.  I hope we get another chance to play Fairpark with our full team available, as I truly believe we could get close to them!!  Not a bad effort tonight  Go smash it next week against Mulgrave ladies!

This week we welcomed back Ti.  We came out strong leading the first 1/4 by a couple of goals and kept the lead into half time.  We had 9 players so with fresh legs in the third quarter we pushed the lead out to 6 goals. Defenders working hard with many rebounds and Stacey strong down the court in centre.  Goalers once again making great position in the ring.
With a change from us in the last quarter Whitehorse took the opportunity and managed to take the lead by 1 goal.  We weren’t going to let the win go without a fight and everyone stepped up to get back in front. We were able to hold on and take the win by one goal.

After a rough start with 6 players, we ended the first quarter with 8!  Unfortunately we didn’t play the best game and were defeated.  Caitlin made her debut in GA which was great for height and rebounds, whilst our defence grows stronger with Alex and Courtney.  Great effort for the girls for sticking the game out and at the end of the day we still had a fun time! 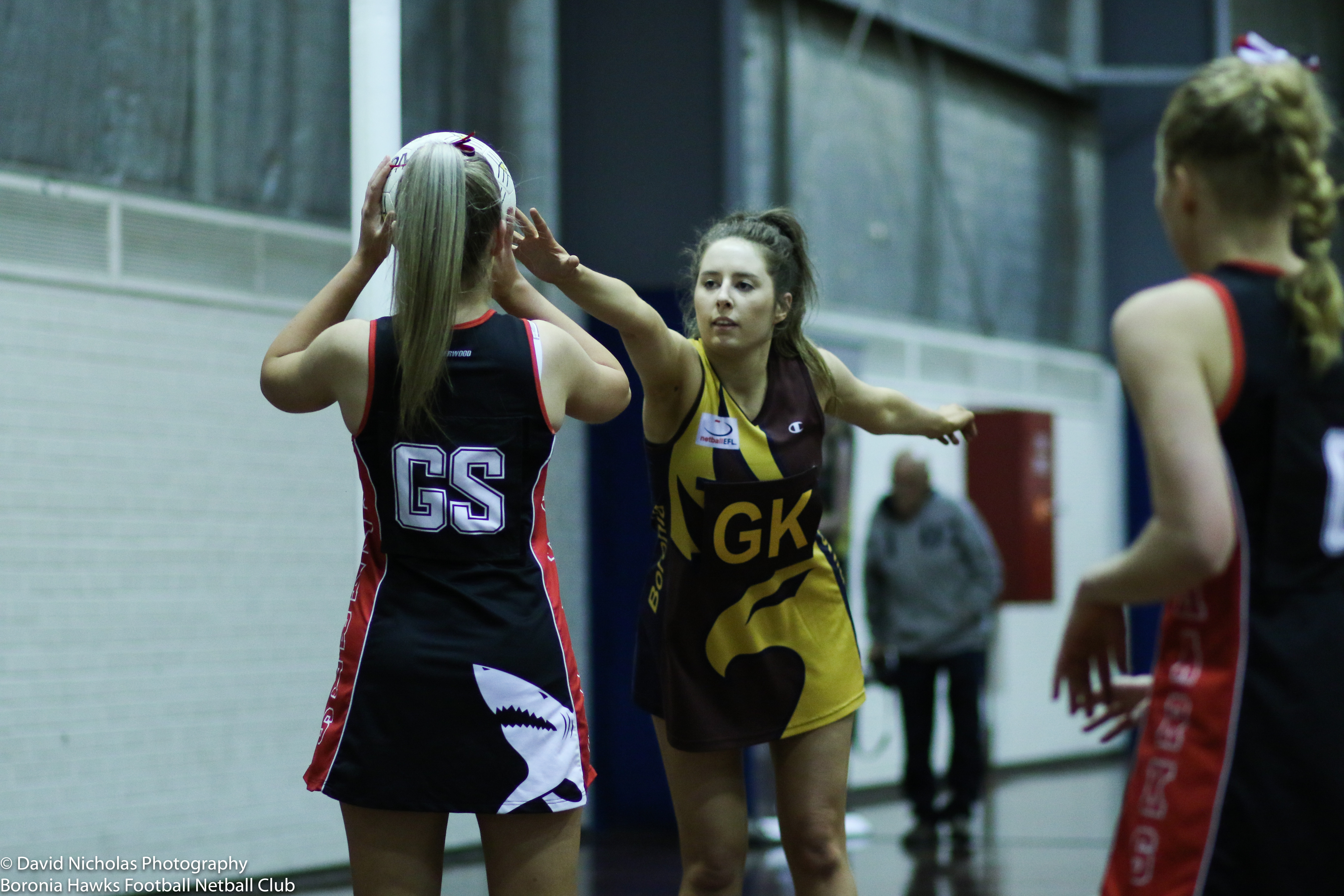