In cold, wet and slippery conditions, the 19s came up against a determined Scoresby outfit. The first quarter was a scrappy affair. We controlled the majority of the play but couldn’t make the most of the opportunities, kicking four wasteful behinds.  Jake Mellis was everywhere and had some good support through the likes of Harry, Will and Trent.  Scoresby managed to move the ball forward towards the end of the quarter and snuck in a goal to take the lead at quarter time. 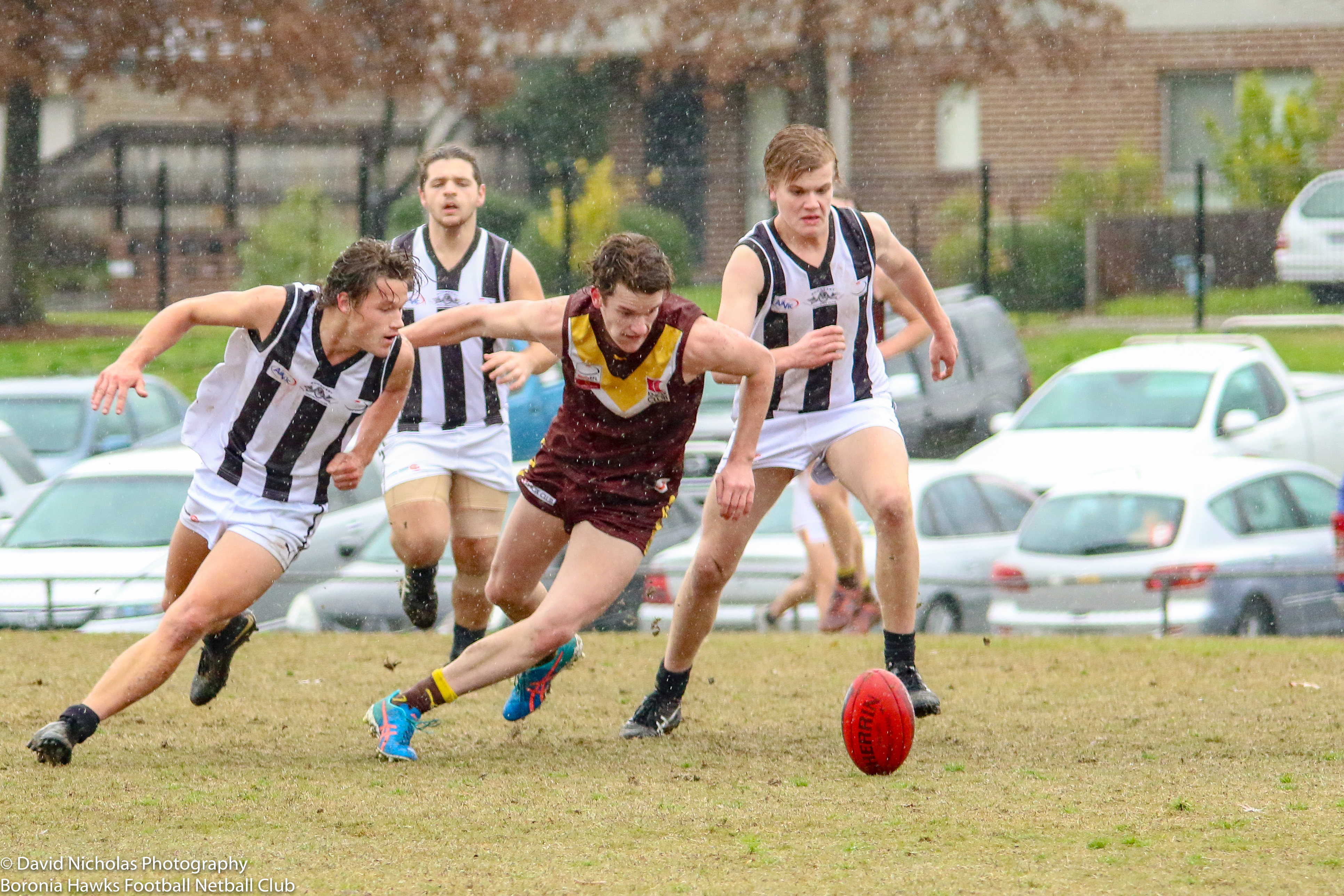 The second continued to be ugly footy and it didn’t help that Jake was now being tagged by one of their best players.  Muells made the move into the ruck to reduce the influence of the opposition’s big unit in the middle, ensuring that the mids had a chance to have more affect on clearances.  Despite some sloppy defensive work, we managed to attack enough to get some majors.  Hard work from Bakes, Slats and Jacko up forward ensured the hard work up the ground was being rewarded. 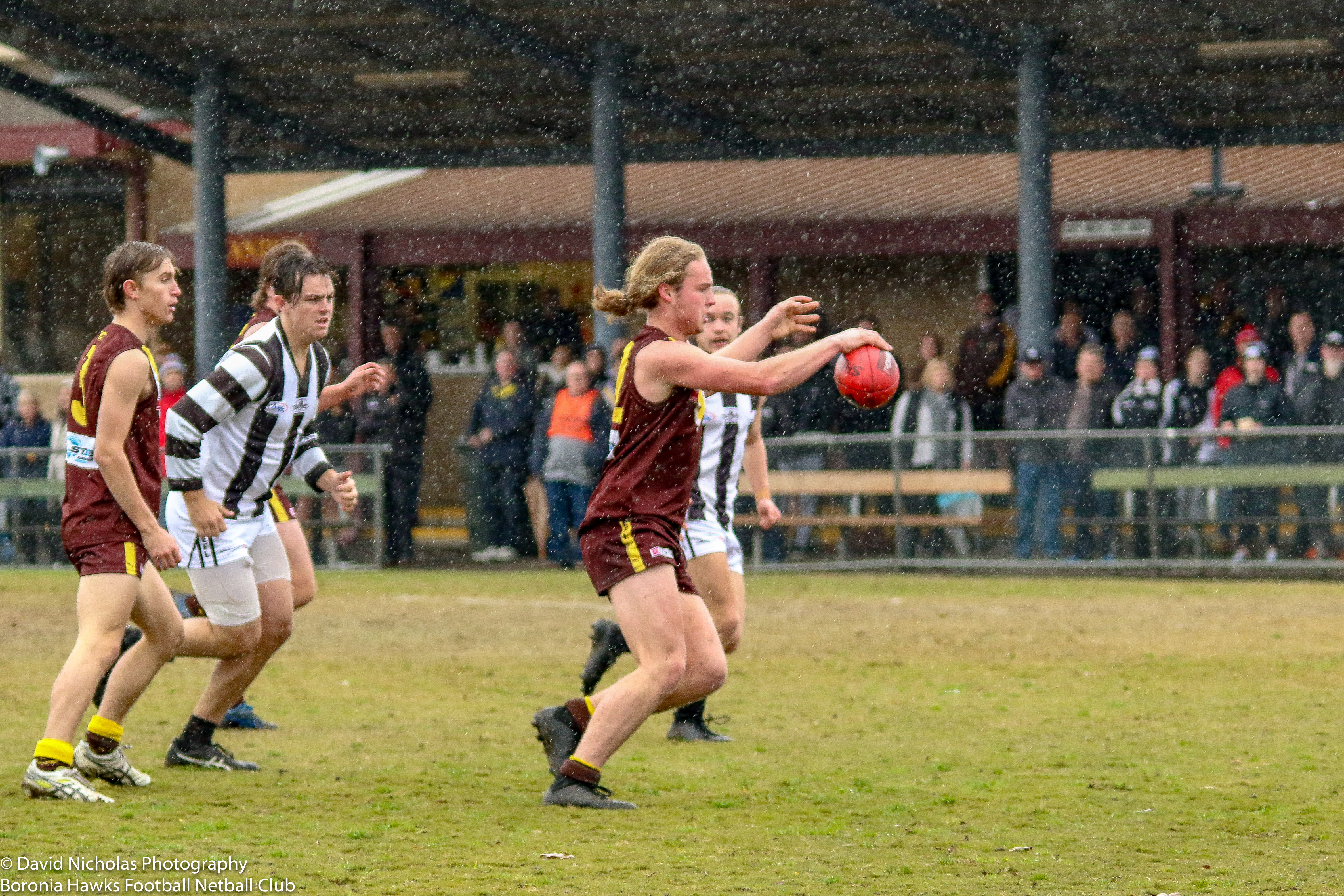 The boys came out firing in the third and despite an early goal to Scoresby, we fought back to bang on a couple of our own.  Hoff and Fletch had moved into the midfield and the dynamics were starting to go in our favour.  To Scoresby’s credit, they held strong and played a disciplined wet weather game.  With the great work and run by Jimmy, Dos and Ryan on the wings, we moved the ball better and ensured the deficit at 3 quarter time was minimal. 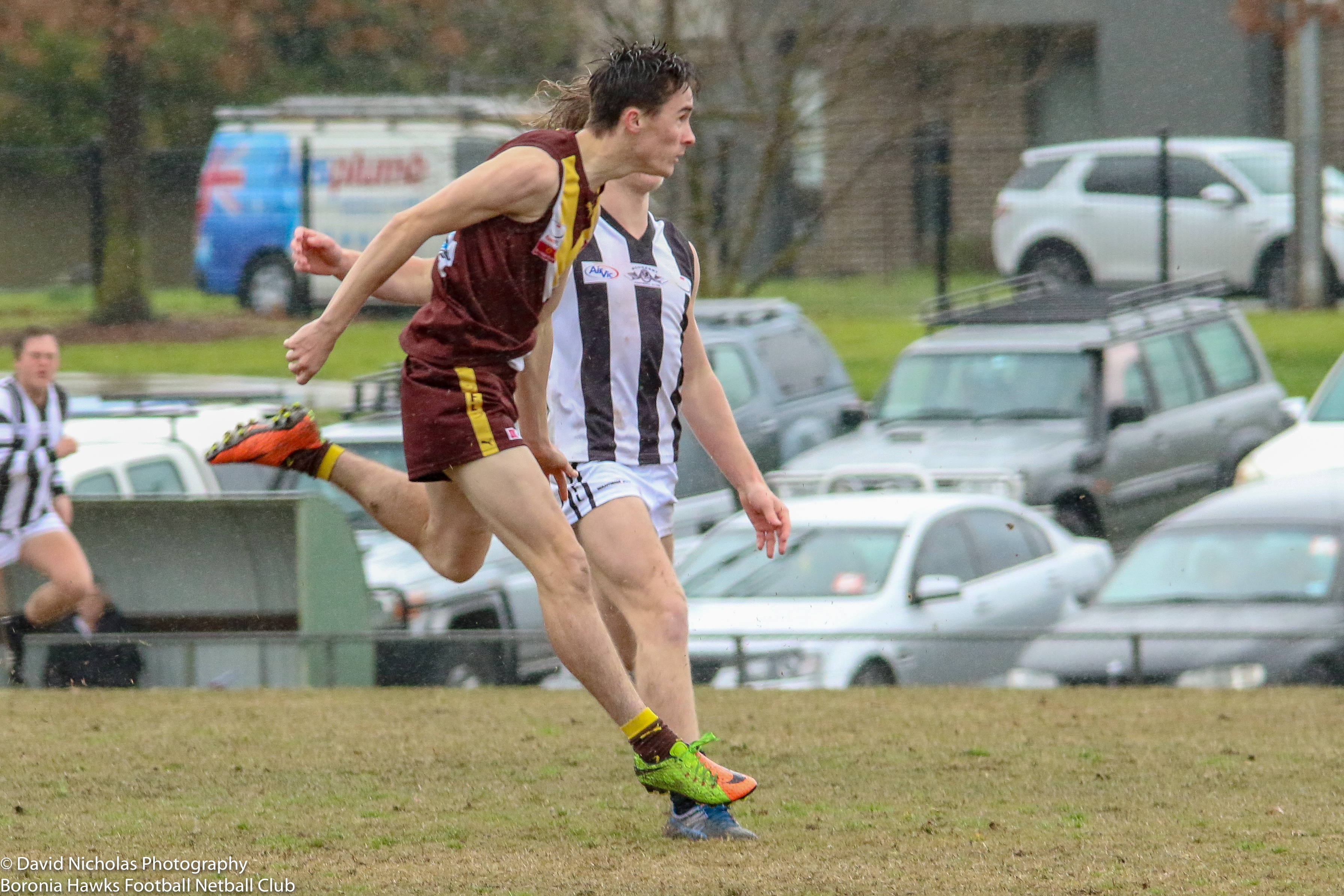 We fired up after the final break and played a more disciplined game.  The game was certainly not a spectacle, but if you looked closely you would have seen some really hard and courageous efforts from players willing to put their body on the line, such as Lee, Nots, Milky and Johnny Mac, who played an outstanding final term.  Although behind for a short while, we bounced back and managed to pull off a grinding 4 point victory.  Whilst it is important to celebrate these wins, we need to ensure that we put our best foot forward against The Basin in our next clash.