The early game saw a big clash between 3rd place Hawks and 4th place Bears.  After scraping through with a couple of wins in the previous rounds, we were out to regain some confidence and pride.  On the small deck, it was a congested and physical game from the onset.  We managed to kick a quick goal to get the ball rolling thanks to a running wobbler from the boundary by the speedster, Ryan Williams. The Basin hit back with some positive ball movement forward, although our pressure ensured that they remained goalless come quarter time.  With a late goal from Under 17s player, Mason Storr, we entered the break with a nine point lead. 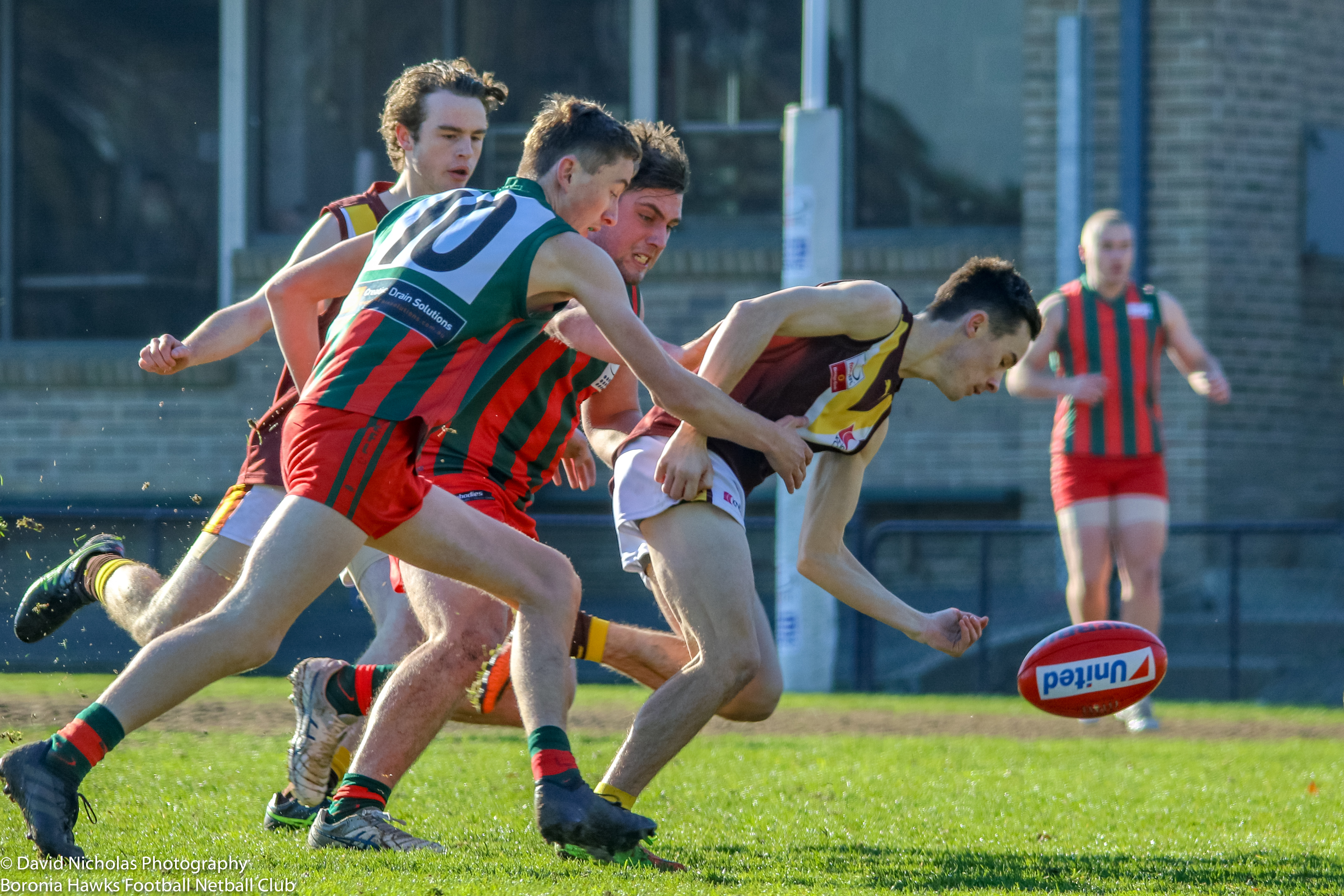 The second half remained congested and the effective tackle count was already breaking records.  It was coming down to the team who could remain disciplined and united the most.  The Basin managed a couple of goals throughout the second quarter, but so did we.  The late inclusion of Kyle Notley was not wasted as he managed to get onto to a handy one out the back of the contest and slot through a major.  The other came from a free kick to another Under 17s player filling in, Nathan Hare.  Harey was everywhere and did not look out of place for a second, tearing apart the opposition backline and midfield.  The main break saw us up by 7 points. The boys were full of confidence at half time and were eager to ensure the game kept progressing in our favour. 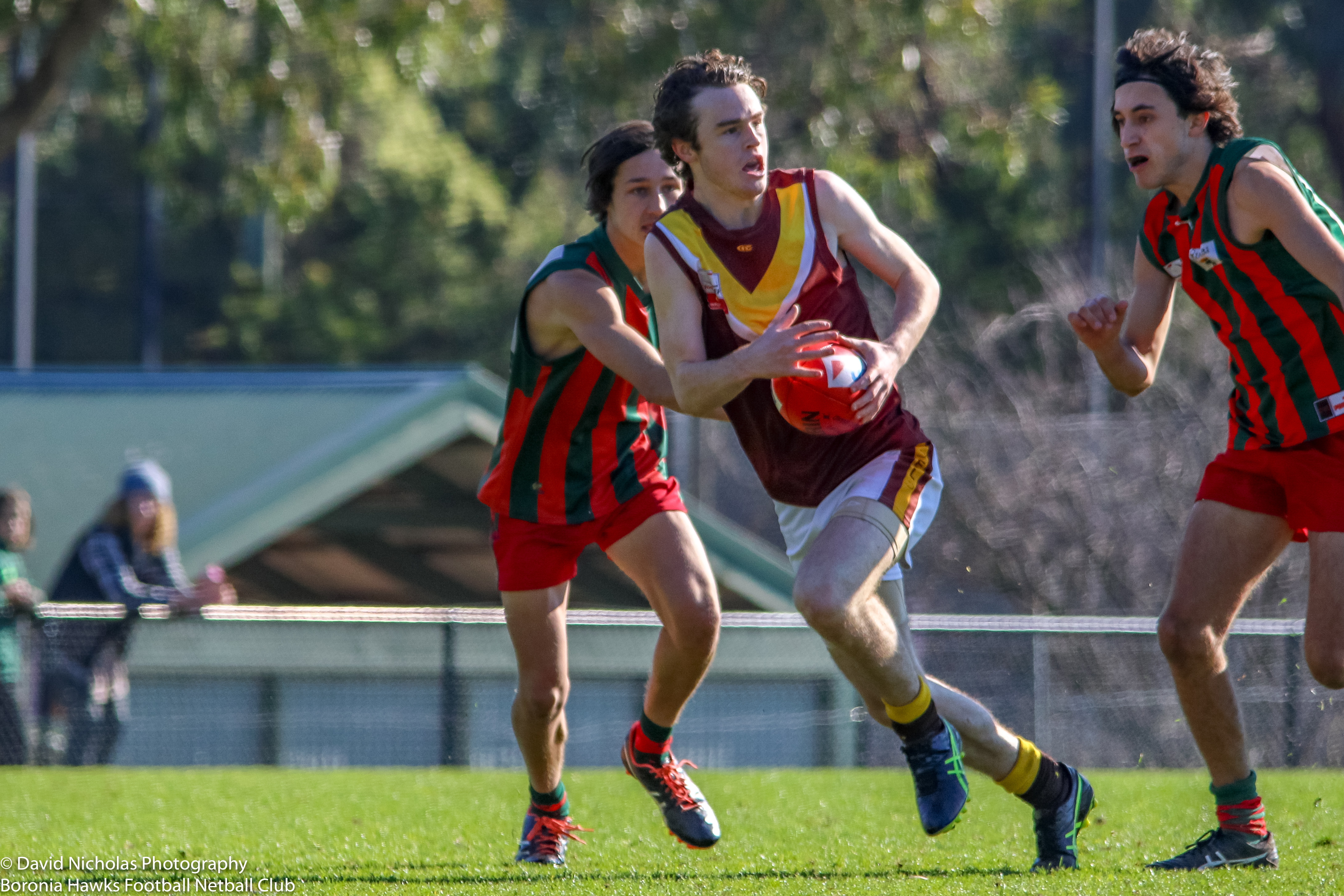 We applied pressure from the start and did our best to nullify their key ball winners.  As a result, The Basin found it increasingly difficult to get the ball forward and when they did, some brilliance from our backline stopped the majority of flow, particularly several contested marks to the in-form Lee Fletcher. A strong goal to Josh Baker and a cheeky goal to the half-back flanker, Bailey Campbell, helped us to maintain our 7 point lead at 3-quarter time.

Whilst the contest remained close on the scoreboard, we felt like we were controlling the game and needed to punish them on the scoreboard in the last quarter, otherwise all of the hard work would have been wasted.  With a slight shuffle around to provide improved balance, we increased our ball control and our flair (insert massive plucks to Jacko Lech and Cooper Dunkinson from the 17s) whilst maintaining the huge tackle count.  The Bears only managed the single goal in the final term, although we found majors through both Luke Slater and Josh Baker. A satisfying and fulfilling victory by 15 points over the local rival.  We now shift our focus to the 2nd placed Heathmont, who are arguably the flag favourites at this point of the season. Go Hawks! 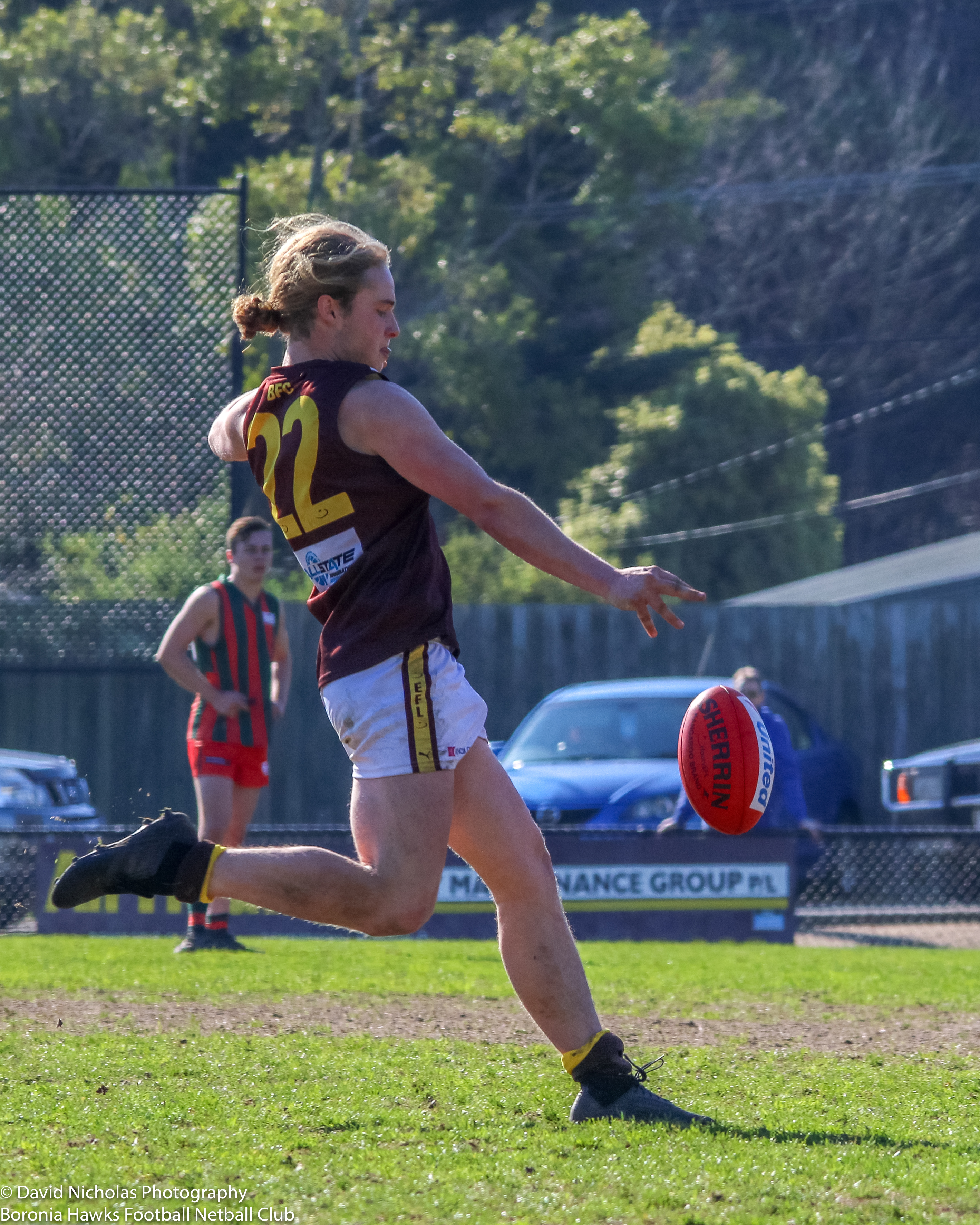