We hosted Ferntree Gully Eagles Football Club on Saturday, who 12 months ago gave the Hawker a football lesson on our home deck for the first 3 quarters until the Hawker over ran them in the last.  With finals like weather, could the Hawker build on last week’s form?

Great conditions greeted the players at the start of the first quarter.  The Hawker were first out of the blocks with Buzz kicking 3 goals in the first 15 minutes.  Zac Robbo added another with a talented kick over his head while on the ground.  Big Robbo and Josh Hannon added to the Hawker total.  We had good players all over the ground, with consistent ball movement while kicking with a slight breeze.  The backline, in conjunction with the midfield, kept the Eagles to one goal kicked on the quarter time siren.  The Hawker took a handy 34 point lead into the 1stbreak. 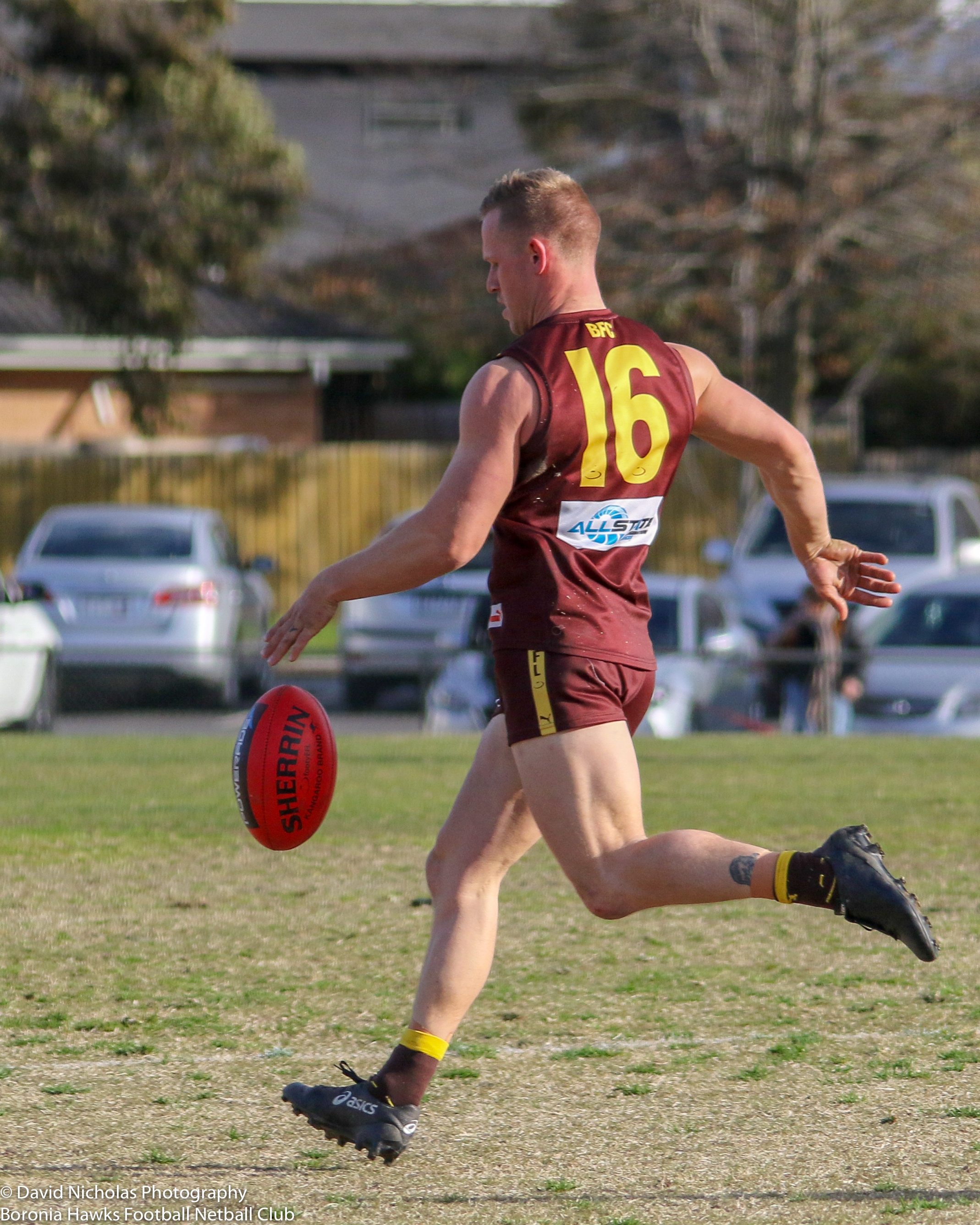 The second quarter was much like the first with the Hawker putting strong forward pressure on the Eagles backline.  This was enforced at the 7 minute mark by young Chinny’s chase and tackle having an Eagles player caught holding the ball in the scoreboard end forward pocket.  The resulting free kick put through for a skilful goal to reward Chinny for the fantastic run and pressure.  Zac Robbo kicked another 2 goals and The Lake Show ran down from full back not just once but twice to mark and kick truly to add to the Eagles woes.  The quarter was finished off by a late goal to Josh Hannon for his second of the day to give the Hawker a 64 point lead over the Eagles at the main break. 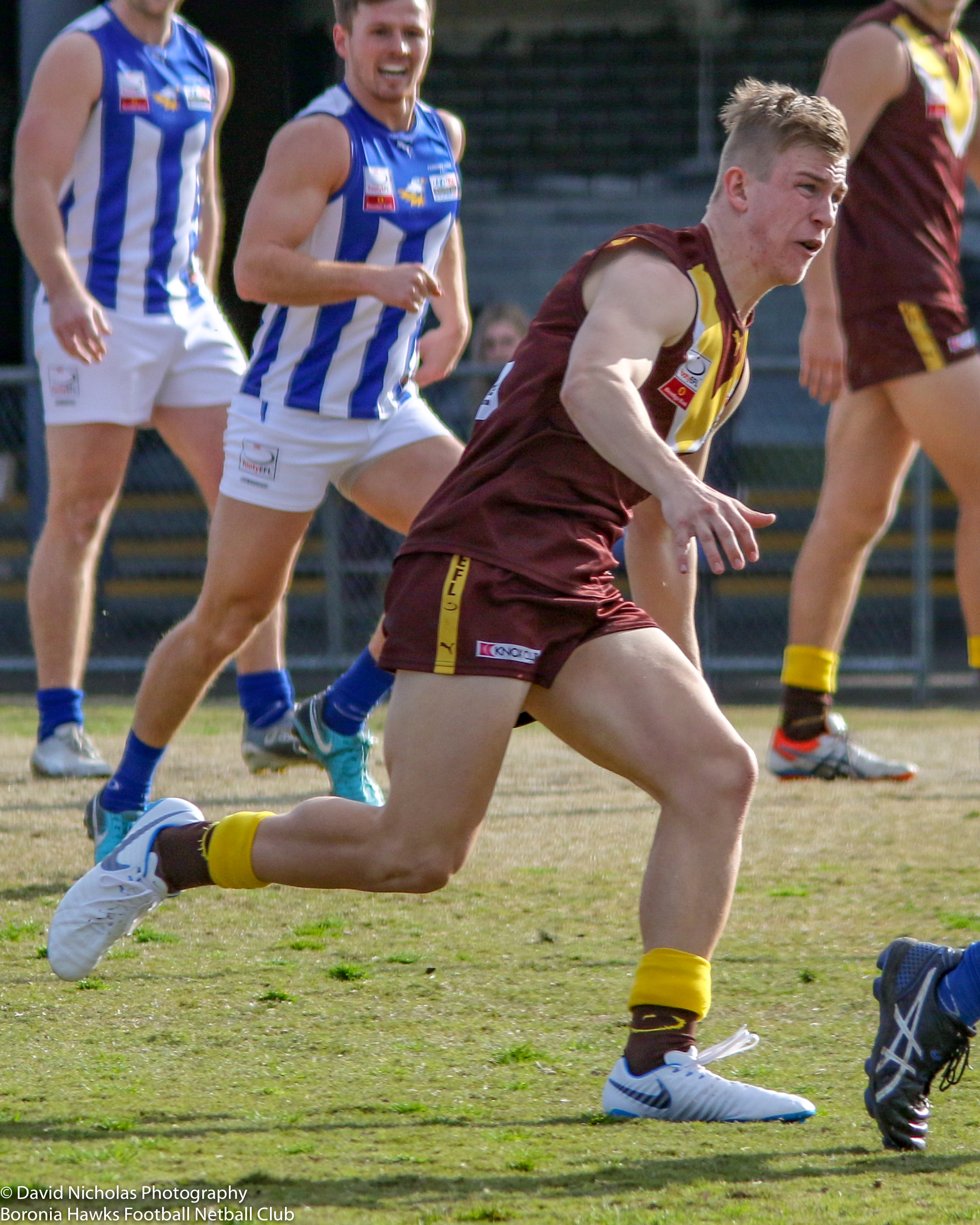 Into the 3rd quarter and the question was: will the Hawker relax or will they keep the pressure on the Eagles?  It wasn’t long until we found out as Buzz slotted his fourth for the day 90 seconds into the 3rd, followed by Josh Hannon who kicked his 3rdgoal.  Big Robbo and Hendo chimed in for goals to extend the Hawkers’ lead to 91 points.  The Hawker had winners in every position and transitioned the ball between the arcs with skill and team work. 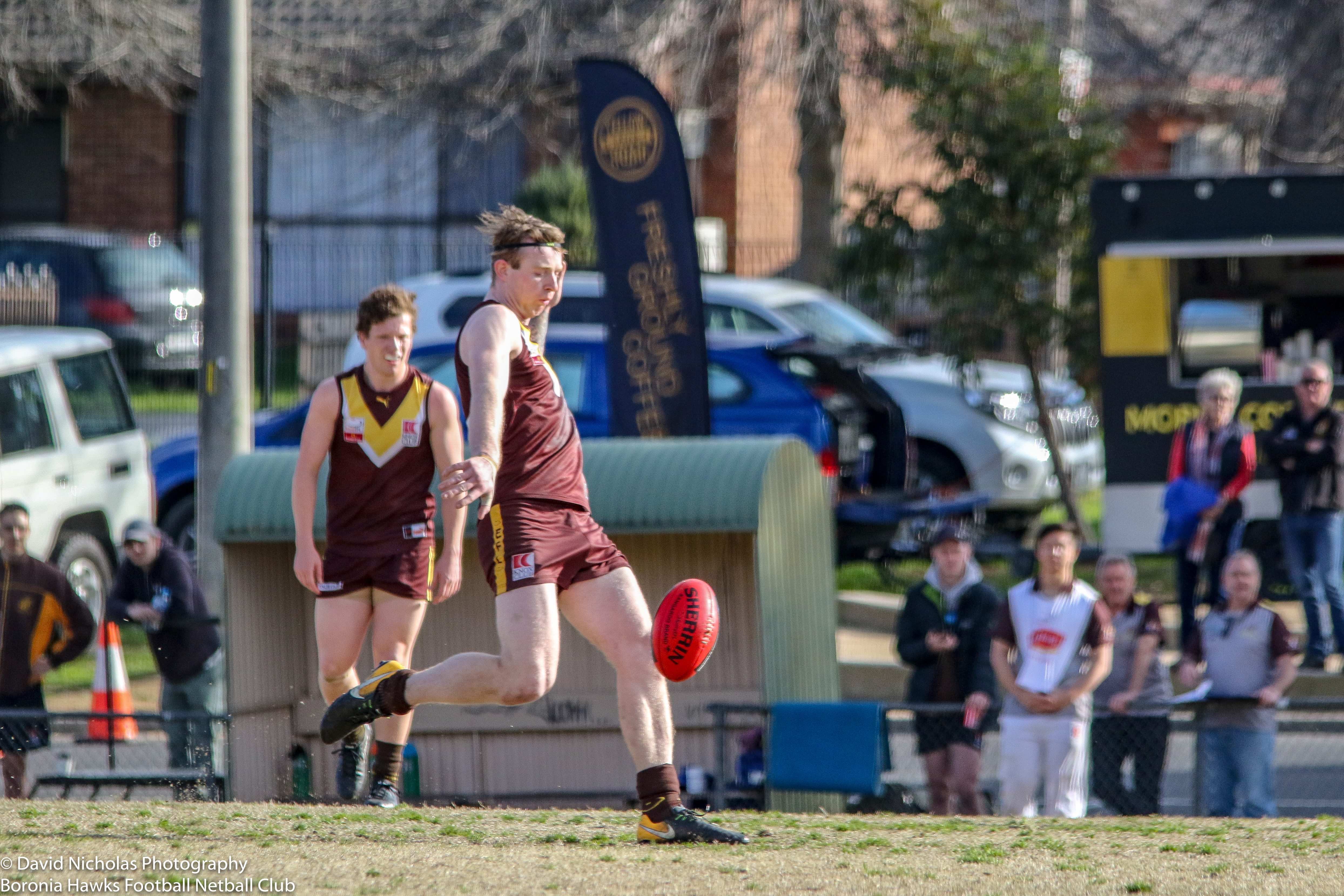 At the start of the last quarter the Hawker were down a few numbers on the bench with a couple of players rested.  It would be a gruelling last 25 minutes for a couple of players who would have to run out the quarter without a rotation.  The Eagles came out hard and were showing strong commitment at the contest but the Hawker were up to the challenge to control the last quarter.  Full credit to the Eagles who out scored the Hawker in the last but the damage was done and the Hawker ran out victors by 78 points.