A big day of footy awaited the 19’s, D Squad and Seniors as we played traditional rivals The Basin at Batterham Park. For the seniors this game was an opportunity to get back to playing team footy and putting a gap on the ladder between the top 3 and the rest of 3rd division.

The Hawker started the 1st quarter full of run.  Our midfield ran hard both ways and continually drove the ball into our forward line.  Josh Hannon kicked our first goal with a crisply timed drop punt from 45 meters on the run.  Whitey, Luke Hannon and the skip were in everything; Robbo “Senior” was pivotal across half forward and our backline combined to rebound the opposition forward attacks.  The quarter was soured by the serious injury to Jayden Collins who was thrown to the ground in a tackle and had to be taken to hospital for tests and observation.  Dangerous sling tackles need to be taken out of our game.  The Hawker should have kicked a couple more goals but finished 23 points in front of The Basin at quarter time: 4.5 29 to 1.0 6. 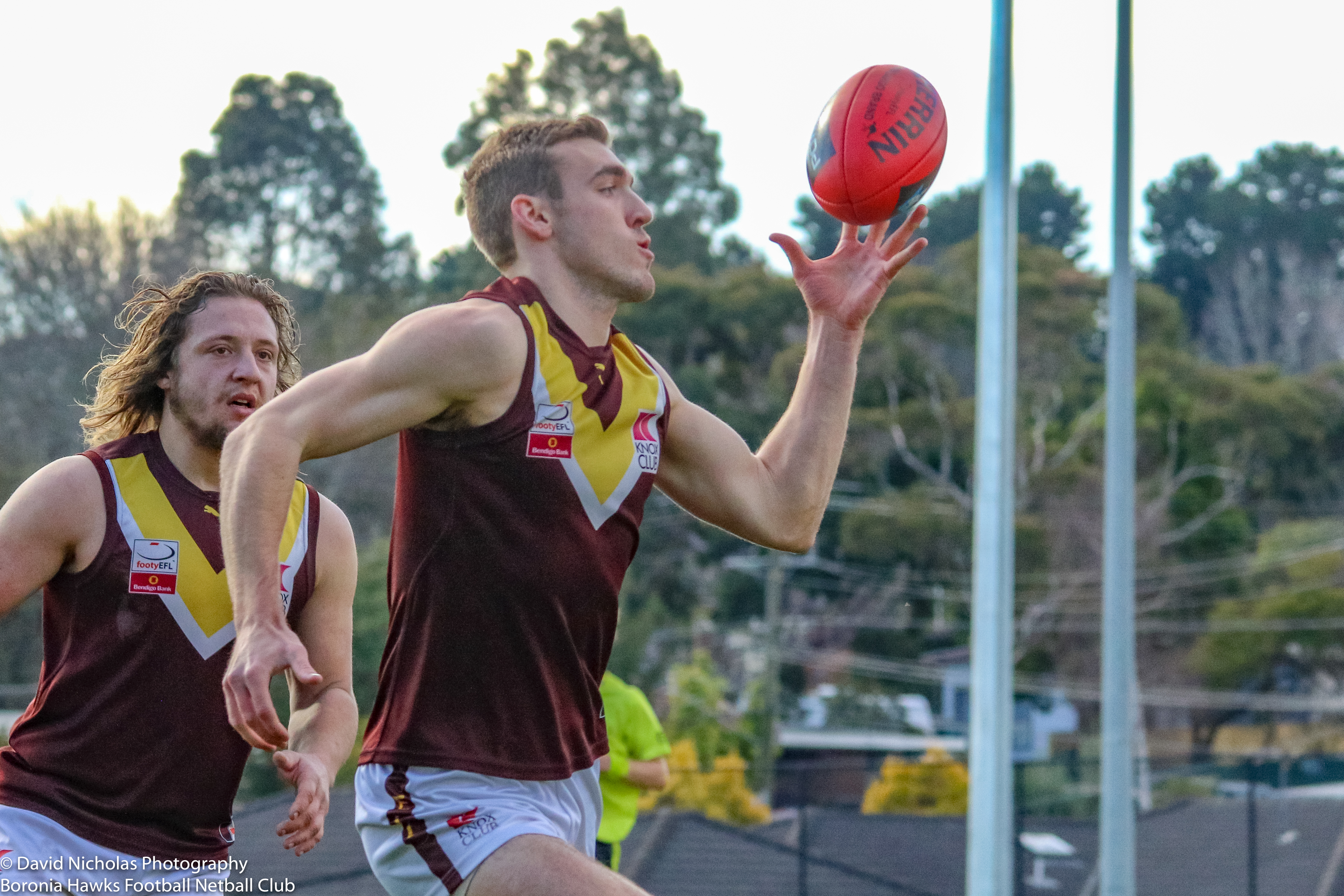 The Basin have not won a game this year against the top 4 sides and the Hawker coaching staff knew they would come out hard in the second and that’s what happened.  The Basin’s hard running off their half backline and through the middle was a feature of their play.  The Hawker worked hard but turned the ball over a number of times which gave The Basin the opportunity to put scoreboard pressure on The Hawks.  The Basin’s ground can open you up or close you down if you cough up the ball to the opposition.  The Basin played their home ground exactly this way to dominate the Hawker in parts of the quarter.  If not for The Basin’s inaccuracy (3 goals 7 points to 1 goal 1 point) in front of goal the scoreboard could have been worse; with the Hawker taking a slender 5 point lead into the main break. 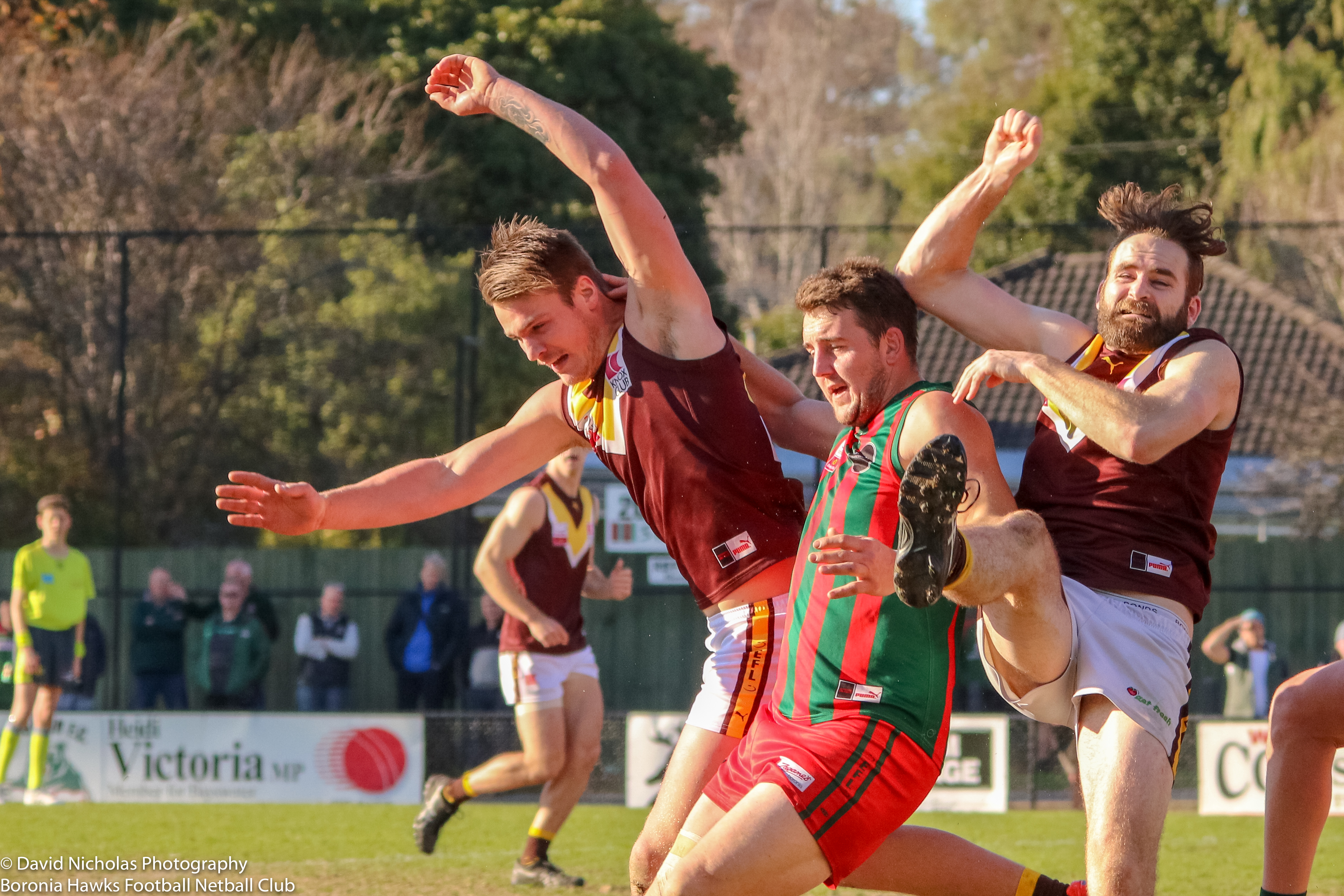 The third quarter was played in a close, tight and highly contested manner by both sides.  Even though our backline was undersized against the taller opposition they continually transitioned the ball from defence to attack.  Hammer was front and centre in scouting the ball off the deck, the twin towers across half forward (Robbo and Robbo) started to gel with Robbo Junior gaining confidence after a long layoff and kicked a big goal.  Brayden Bowes started to influence the game and chipped in with 2 goals of his own to give the Hawker a 21 point lead going into three quarter time.  Boronia 8.7 55 to The Basin 4.10 34. 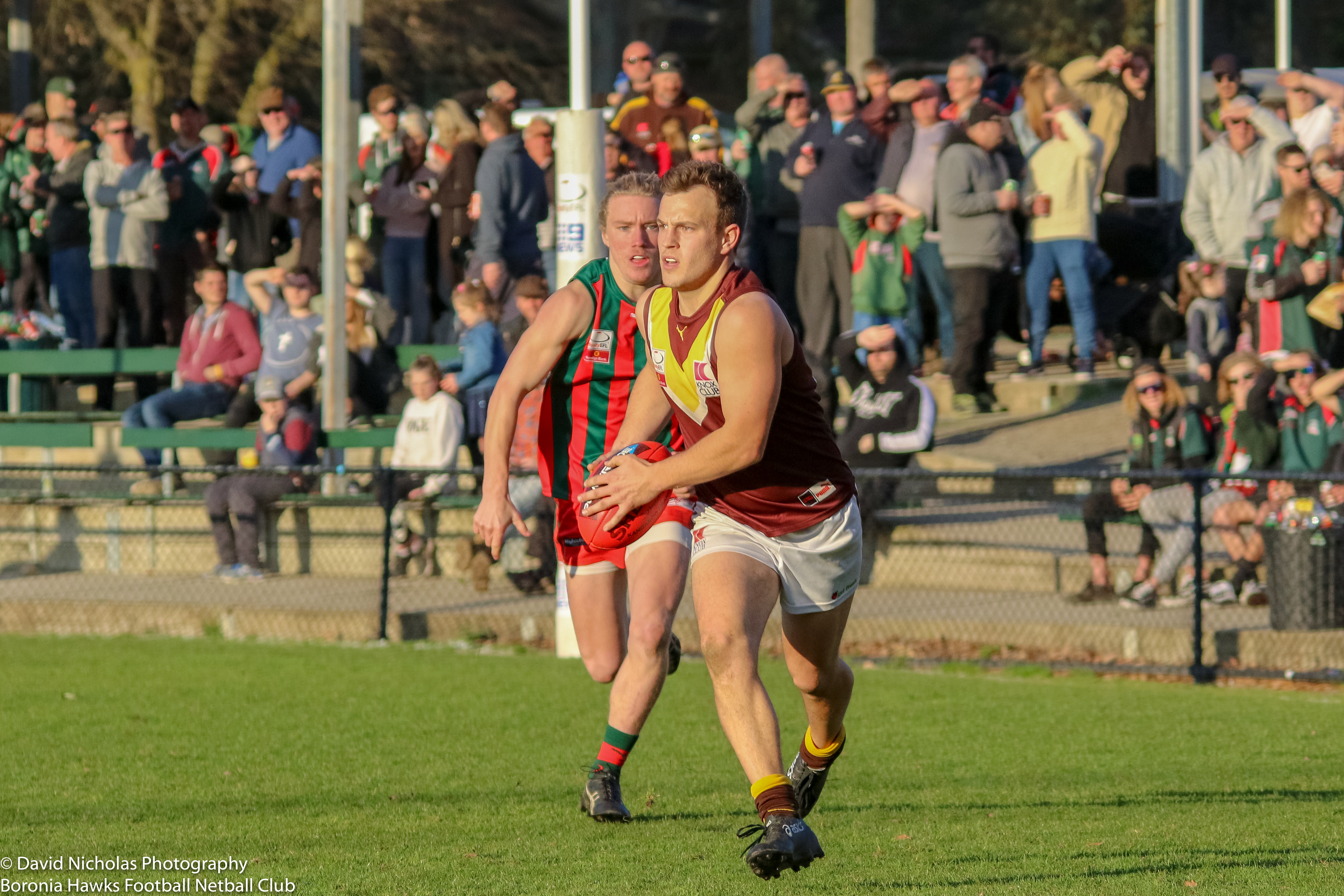 There was a large Hawker crowd at the three-quarter time huddle.  Clarky addresses his players in a controlled manner and makes a point of the team KPI’s.  The next 30 minutes would need a team effort if we were to hold off The Basin who would be kicking to the scoring end to the roar of their fanatical supporters.

The fourth quarter was played similar to the third: a physical game with a lot of stoppages and a lot of tackles.  The momentum changed when Josh Hannon delivered a big goal to kick his 3rd for the day and put a 25 point margin on the opposition.  Even though The Basin had many opportunities to kick goals in the last 10 minutes of the quarter, the Hawker held firm against the 4th highest offensive side in the league (Boronia is 5th); the Hawker taking a well-deserved 18 point victory over our traditional rival. 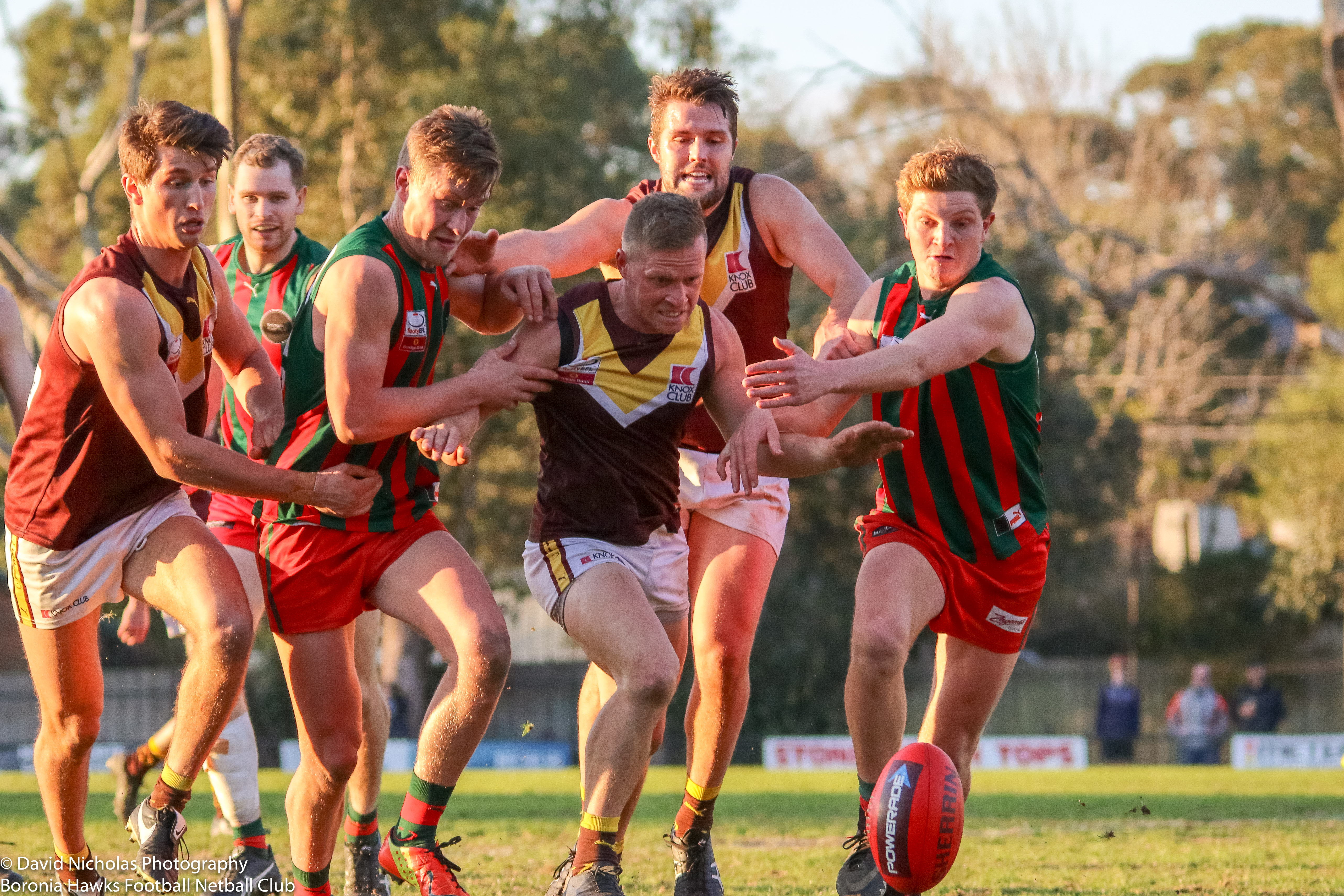