Boronia Hawks is a great club with a strong Under 19’s Program. We are recruiting now for U19’s players who want to take their footy to the next level.

Boronia Hawks are very pleased to announce that 2018 premiership defender Harry Burgess has returned from a successful season in the USA and will be playing with Boronia again in 2020.

Harry spent the 2019 season in Texas with the Austin Crows and played a key role in their premiership in the USAFL Division 1 National Championships.

2019 was a huge season for the Burgess family. Corey Burgess had an outstanding season with the Hawks, winning selection in the EFNL Team of the Year. The patriarch, Tim Burgess was also recognised as Boronia’s Club Person of the Year for his enormous contribution to the Club.

We can now look forward to seeing the two Burgess Boys back together again in 2020. Please welcome Harry Back to Boronia!

Boronia Hawks are very happy to announce to all members and supporters that JACOB PATERSON will be back to Boronia in 2020.

After a season off after the Reserves Premiership in 2018, Patto will be back kicking goals for the Hawks to add to his tally of 180 senior goals. This is on top of his outstanding tally of 91 goals for the Under 19’s, including 70 in 2014.
He also kicked 19 goals in one game against Silvan Reserves in 2016.

Please get around Patto and welcome him back to the Hawka!

Boronia Hawks are very pleased to announce to all members and supporters that former junior JACOB FARRELL will be Back to Boronia in 2020.

Son of Boronia legend, Peter Farrell, Jacob started with Boronia Juniors back in 2005 in Under 9’s. He has spent the last few years with FTG where Pete was Senior Coach, but is very happy to get back in the brown and gold for a fresh start with his footy.

With 139 games for Boronia, and 46 senior games with FTG, “Faz” is now a bigger and stronger senior footballer who can play as a key defender.

The club is absolutely thrilled to have the Farrell family back at the Club. Please get around Jacob and make him feel like he is truly back home!

Boronia Hawks is very excited to announce to members and supporters that TAYLOR LEGGATE will be joining the Hawks for 2020.

Taylor is joining the Hawks from Wantirna South as a highly credentialed recruit with a great CV and lot of good footy still ahead of him. He has of course been coached for several years by Matt Clark and Steve Teakel, who know that he is both a great footballer and a terrific person.

Taylor is around the 6’2″ mark, plays as a midfielder, and is very capable of kicking goals when swung up forward. At only 27 years of age, he has played over 150 senior games at Wantirna South, after playing his early footy with Bayswater and Eastern Ranges.

He has won three Club B&F’s at Wantirna South, kicked almost 200 goals, and was a key player in their 2014 Division 3 premiership under Clarky’s coaching. Taylor has been named 6 times in the EFL Team of the Year, which is a great indicator of how highly he is regarded by opposition coaches.

Taylor can’t wait to get around the boys and get stuck in to a big preseason. Please make sure that you make Taylor and his family feel very welcome in joining us at the Hawka.

Boronia Hawks are very excited to welcome Jake Millen and his family to the Club! Jake has played at Oakleigh Chargers and Box Hill and is looking forward to playing with the Hawka.  Please get around Jake and make him feel welcome.

Boronia Hawks are very pleased to announce that Jack Hare, brother of Luke, will be joining the Club for 2019.

Jack is a young gun who played two years with Eastern Ranges and also played for Vic Metro Under 16’s.  He won the EFL Under 15B Best and Fairest with Knox and has spent the last two seasons with Wantirna South.  Please get around Jack and welcome him to Tormore Reserve. 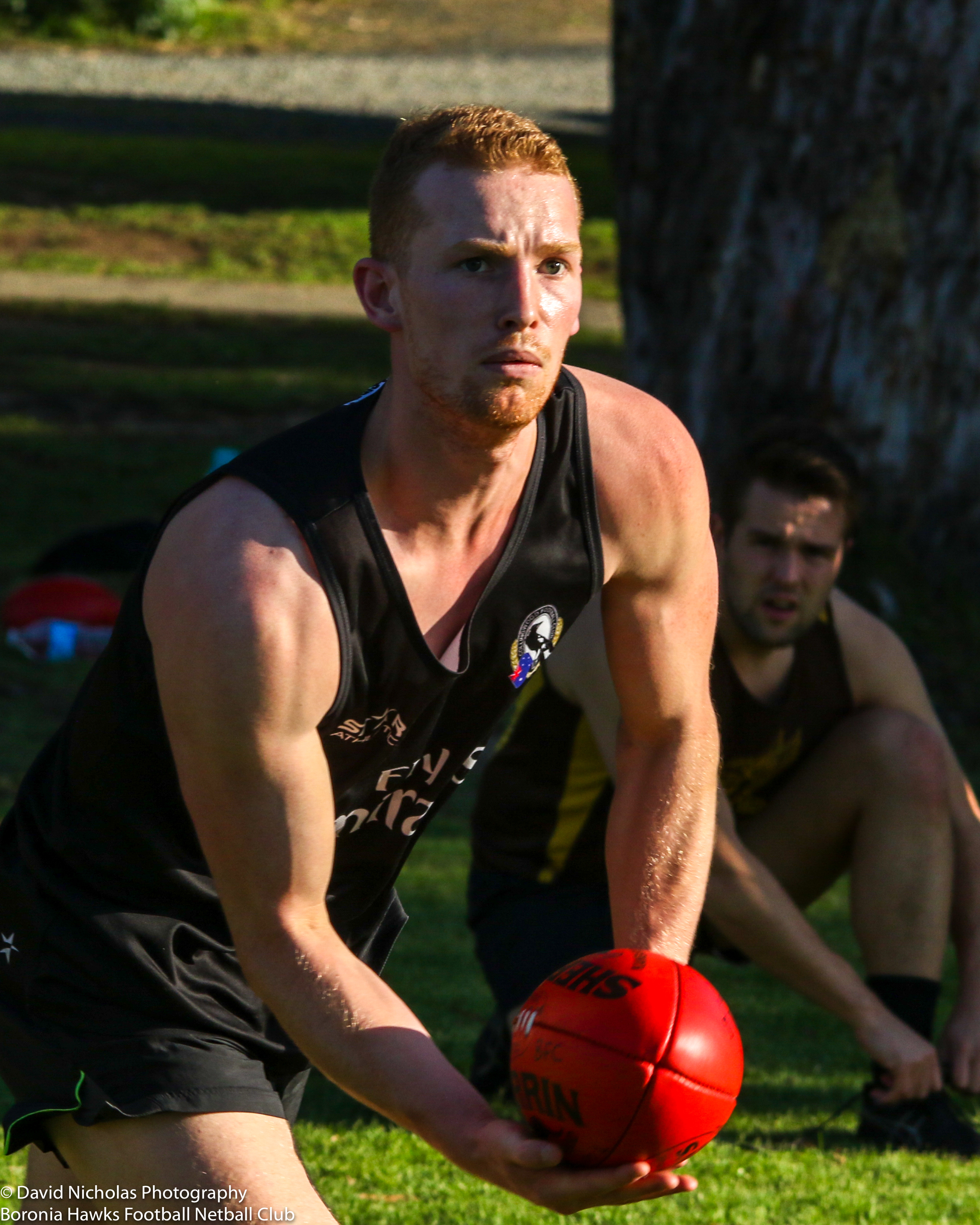 Boronia Hawks are very pleased to announce that Luke Hare will play with the Club again in 2019 after missing all of the 2018 season with work commitments.  Luke had a very successful junior career playing in five A grade flags for Knox before coming to Tormore Reserve in 2017. His strengths are his leg speed and a raking left foot kick which enables him to hit up his targets or boot a long bomb goal.

It is very exciting to announce that Boronia Hawks Football Netball Club will once again be fielding 3 teams in the 2018 EFL Netball season.  Congratulations to Sherridan Martin, our Director of Inclusion and Netball Manager, for all her great work over the off-season in getting everything organised in the lead up to another great year.

We are very pleased to welcome 13 new players across our 3 teams this year, including Ellie Ingerwersen, the former EFL Admin, Events and Netball Manager.  In what is almost a direct swap, former star Hawk Petra Keogh has recently started as Ellie’s replacement with the EFL!

We are also very pleased that our great supporters and sponsors at Glenbrae Signs have refreshed our club logo to incorporate a netball!

Stand by for more announcements in the very near future as we quickly approach round 1 on Friday 13 April.

BORONIA HAWKS – requesting to be entered into Division 1

BORONIA GOLD – requesting to be entered into Division 2

BORONIA BROWN – requesting to be entered into Division 4

For those that are not listed, or didn’t make it to a session, but are still interested to play or be a fill in for any team, please contact Sherridan: sherridanm@gmail.com

Boronia Hawks are very pleased to announce that Michael Bruce is joining the Club for 2018. Brucey is a strong utility who is coming over from Knox where he has played senior football over the past five years. Please get around Michael and welcome him, and his family, to the Hawka.