Boronia Hawks would like to thank all our fantastic players, coaches, trainers, volunteers, sponsors and supporters for an absolutely brilliant year!

We wish you all a very Merry Xmas and a Safe and Happy New Year!

Boronia Hawks are very pleased to announce our new partnership with Profinish Roof Plumbing, owned and operated by former player Adam Maloney.  Gilba played 130 games with the Hawks between 2006 and 2015 and kicked 75 goals despite persistent knee injuries.

Profinish Roof Plumbing is a local business that specialises in all quality metal roofing including:

Adam was a big help to the Hawks with the recent installation of out new electronic scoreboard at Tormore Reserve, doing a great job with the flashing.

A massive thank you to Alan Tudge MP, our Federal Member for Aston, who has assisted the Boronia Hawks Football Netball Club in receiving a Federal Grant for the installation of new lights for the ground at Tormore Reserve.

This will be a huge boost for the Club in allowing more flexibility in the scheduling of matches at twilight and early evening. It will also bring our training conditions up to date, with the existing lights being below the required standard.

A huge thank you also to Kerryn Westcott who prepared an outstanding submission for the grant.

As our Club Vision Statement says: “The Boronia Hawks Football Netball Club is One Club working together for success on and off the field”.

Don’t forget that Boronia Hawks are offering 10% savings on 2019 Junior Memberships if you pay before 31 December 2018. Please follow the link to register for 2019, pay your $15 EFL registration and your Club membership fees (if you haven’t paid already).

Alternatively, you can pay the Club Membership via EFT as follows:

If you would like an instalment payment plan, please contact our Junior Treasurer Rachel Odgers at rachel@boronia.com or our Junior Registrar Stacey Peril at stacey.hawks@bigpond.com

This has the potential to become a most significant relationship between both parties and Michael Banjanin, the Managing Director of the FTG Motor Group is determined to ensure that this new partnership works for both groups. Michael understands local sport and how community clubs operate. 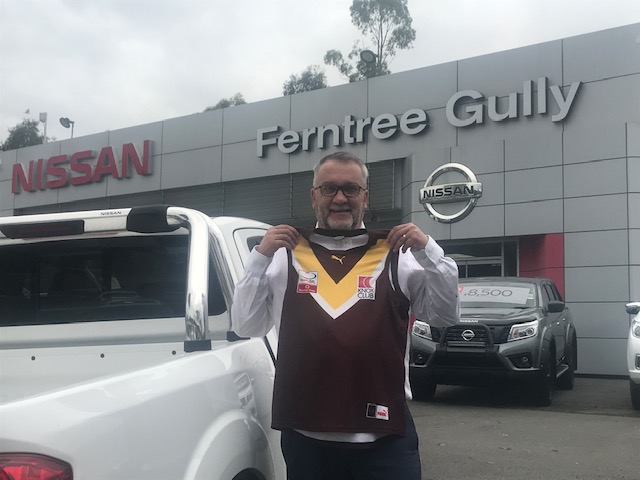 The Ferntree Gully Motor Group was officially formed in 2014 when Ferntree Gully Nissan, the most awarded dealership in Australia, branched out and purchased two other esteemed operations, Ferntree Gully Holden/ HSV/Suzuki and Ferntree Gully Volkswagen. They now also operate Isuzu and LDV as well!

FTG Motor Group is renowned for their service and quality cars. They do not go the hard sell but work hard to develop relationships that last for many years and ongoing car sales flourish due to that stance.
The sponsorship will only work if our players, members and supporters make contact with me, Greg “Flash” Hannon, on ghannon@scopus.vic.edu.au or alternatively call me on 0438 616 130 and I will direct you to the Managing Director, Michael Banjanin who will then ensure you are taken care of and any sale will be credited to our club. 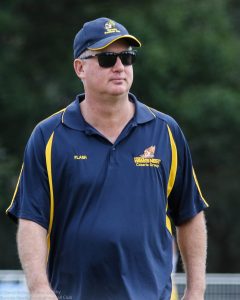 Please feel free to pass this on to friends, family members and work associates. Any recommendation associated with our club gets the club a financial dividend. So spread the word, make a visit to FTG Motor Group before you purchase your next car and make sure I know about it!!!!
Interestingly, the owner of FTG Motor Group, Craig Pearce is a former player of the Club as too is the Used Cars Sales Manager, Brian Burmeister who is a former captain of our under 16’s! Both were really talented players who would have had great playing careers but retired early to pursue their business interests. To have Pearcy and Butch back involved in the club is a great outcome indeed!

It may have taken a lot longer than we initially planned, but Boronia Hawks are very proud to announce that our brand new full colour electronic video scoreboard has now been installed at Tormore Reserve.

Boronia Hawks are very grateful to Knox City Council for all they do to support football and netball for the Boronia community.  On this occasion, we wish to acknowledge Council’s generous assistance in the grant of funds of $40,000 for the purchase and installation of our new scoreboard.  This will be a tremendous asset for the Club for many years to come and will enable us to provide a far better game day presentation for our supporters and sponsors.

We also wish to thank Sandra Bell for her great work to make the successful submission for the grant on behalf of the Club.  Sandra was of course well supported in the submission by our Chairman, Kristan Wood.

A big thank you to our project team that have worked together to ensure the success of the tricky installation of the new panel into our existing scoreboard structure.  Former Treasurer Brian Nightingale was the key player throughout the whole process, along with Ash Johnston our Football Operations Manager.  They were assisted in the final installation by the crack team of Andrew Catley, Bill Notley, Hans Wennagel, Mark McAlpine, Rob Bell and Stu McDonald.  Many thanks to you all for giving up your time for this important project for the Club.

For the technically minded supporters, our sensational new video scoreboard from AusSport has the following features:

Senior Men’s Squad will be training at Cuzzie Performance on Wednesday nights from 6:00pm for the next two weeks.  Cost is $10 each payable on the night.

Hawk Squad (Under 17’s & Under 19’s) will continue to train at Boronia K-12 College on Wednesdays and both lists will still train at the Salvation Army on Liverpool Road on Monday nights.

Women’s Football Squad will be training at Boronia K-12 College on Tuesday and Thursday from 6:00pm for three weeks from 4th December.

Join us for lunch with The Wiz! Tickets via Online

Thanks to Graeme and Suzanne! @saltsoftheearthboro

Thanks Tim Currie and @dysoncurrie

Traditional Thursday Selection Nights are Back! #b