Come on down and play footy.  Sisters, friends, cousins, neighbours, everyone welcome.  Please contact Ellisa Schmidtke on 0417 593 884 for further information.

Boronia Hawks Football Netball Club is very pleased to announce that Luke Biddau has been appointed to the role of Auskick Co-ordinator for 2018.  Luke will lead Boronia Auskick Centre to a new era as it moves to Friday nights at Tormore Reserve for the 2018 season.  He will also play a very active role in implementing a series of footy clinics at local schools to open up the opportunities for boys and girls to learn their footy with the Hawks.

Luke is actually a former Auskicker himself, developing his skills up at Chandler Park before moving on to Boronia Juniors.  After a stint in the hills with Olinda-Ferny Creek, Bidds returned to Tormore Reserve as a senior player in 2013.  Known as a dangerous forward, Luke has kicked 42 goals over the last few seasons, which would have been many more except for the curse of nagging injuries.

Luke is a great match-up for the role of the Club’s Auskick Co-ordinator given his working background with Knox Leisureworks and as a youth leader at summer camps in the U.S.A.  Bidds has also been an assistant coach with Boronia Juniors in recent seasons, working closely with Craig “Fletch” McKenzie.  In 2018, Luke is once again working hard from the sidelines as Assistant Coach for the Boronia U17’s.

Please join us in congratulating Luke on his appointment that will lead to an exciting new phase for Boronia Auskick and will underpin the successful footy pathways with Boronia Hawks.

We’ve had a lot of interest over the past few months about our Boronia Hawks Women’s Football team and we are about to make some big announcements around preseason training and the season ahead.

Before we do though, we just wanted to get some more information from everyone who has shown interest in playing, through someone at the club or through our Facebook page, to make sure you all get the most out of training!

If you haven’t previously been in touch, NOW IS THE TIME!  We still have room for enthusiastic players of all abilities so please get let us know you would like to learn more about Women’s Football with the Hawks.

Please let me know if you have any other questions.  I’m looking forward to seeing you at training soon and getting the season underway! 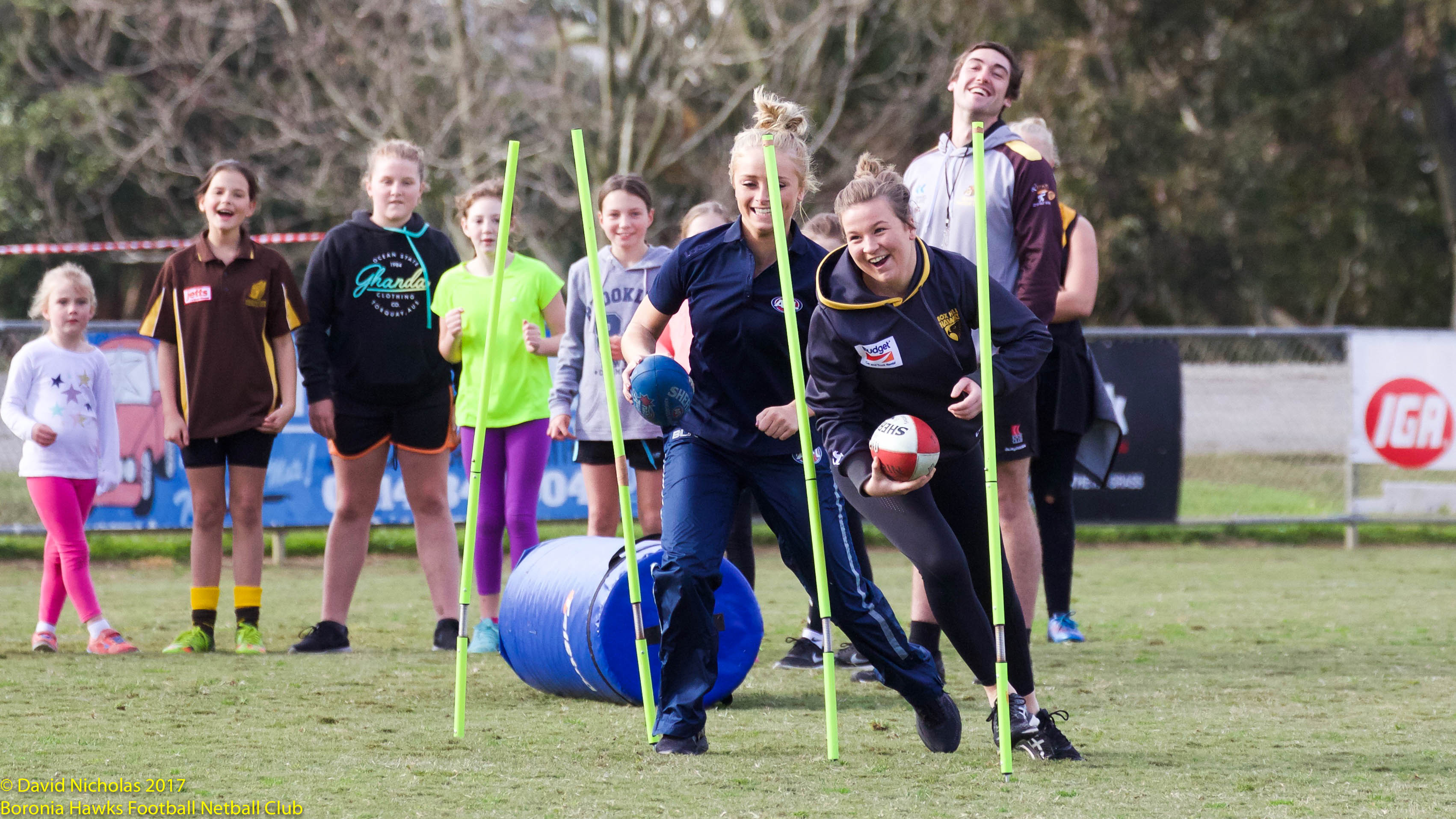 Boronia Hawks are very pleased to welcome back Andrew Catley, who will work with the Colts once again as an Assistant Coach with his former sidekick Craig McKenzie.

Cats is Boronia through and through, but stepped down from our Under 19’s coaching role for 2017 due to increased work commitments.  At that time, Andrew had been a part of our U19 coaching panel for the past 6 years and fast tracked the development of a lot of our talented young players.  A perfect example is that 15 of the 22 players in our Senior final appearance in 2016 had played under Andrew.

Boronia Hawks Football Netball Club is now looking for netballers who are interested in joining the club for the 2018 Eastern Football League Netball Season.

In the 2017 season the club fielded three successful teams in Premier Division (Premiers), Division 1 (4th) and Division 4 (runners-up).  Any new players would be very welcome to express their interest in joining us for the new season.  A registration form can be found by following this link:  Netball-New-Player-Form

If anyone has any queries please contact our Netball Manager, Sherridan Martin on sherridanm@gmail.com or send a message to our Facebook page.

All true Hawks are encouraged to sign up to TeamApp for all the latest news and team messages from Boronia Hawks. In fact, it’s MANDATORY for all Players, Coaches and Officials.

You can choose from the right Access Group for you: