The Annual @boroniahawks PAST PLAYERS DAY is on Saturday 2 June for the big clash with Ringwood.

The Past Players & Supporters Group cordially invites all of its members to come along to relive the glory days and enjoy a day at the footy.  We would love all Past Players to attend our Light Lunch commencing at 12.30pm.

Boronia Football Club is saddened to hear of the passing of esteemed friend and life member, Garry Field.

Garry was a long time supporter of the footy club, filling many roles including that of bar manager, property steward and raffle ticket seller. He was a member of the club’s committee for more than 15 years and also took on the role of club president in 1995. Quiet and reserved by nature, Garry was a deep thinker who raised many ideas that he hoped would fulfil his passion to see Boronia Football Club become a powerhouse in eastern suburbs football.

With his respected position in both the football club and Boronia Cricket Club, one of Garry’s deepest desires was to see both clubs become a unified sporting club jointly sharing and managing one of Melbourne’s best local sporting venues.

The Boronia Football Club Board, Past Players’ Group and all members extend their heartfelt thoughts and condolences to Garry’s family and friends.

It was 40 years ago that Boronia Football Club won all three premierships – Firsts, Seconds and Thirds – in the Eastern District Football League Division 3. Those champion players of 1977, and all other past players, are cordially invited to relive their glory days on Saturday 1 July at Tormore Reserve.

Many thanks to David Murrihy and John Tunstall and the Past Players and Supporters Group for their efforts in arranging the reunion. 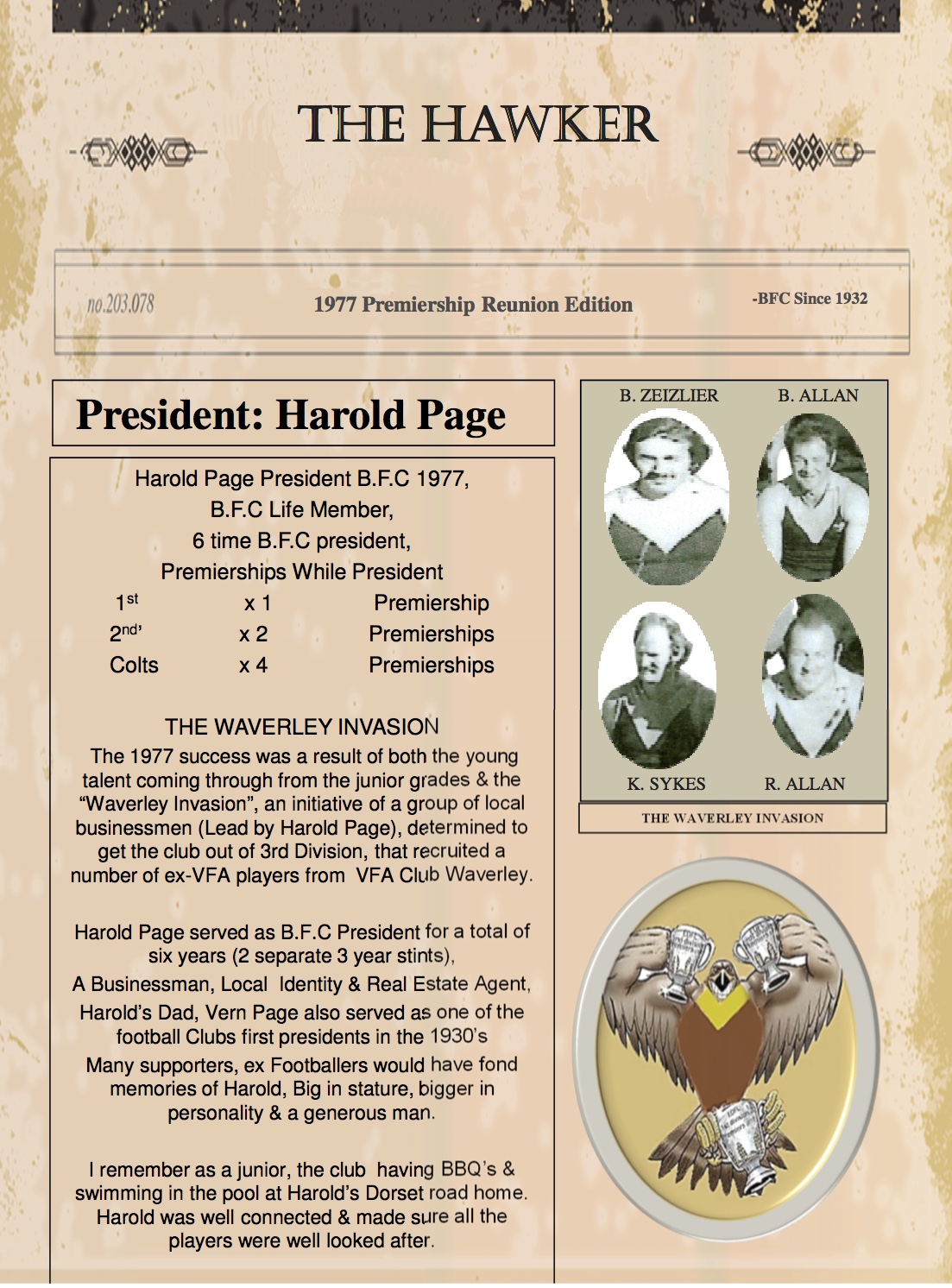 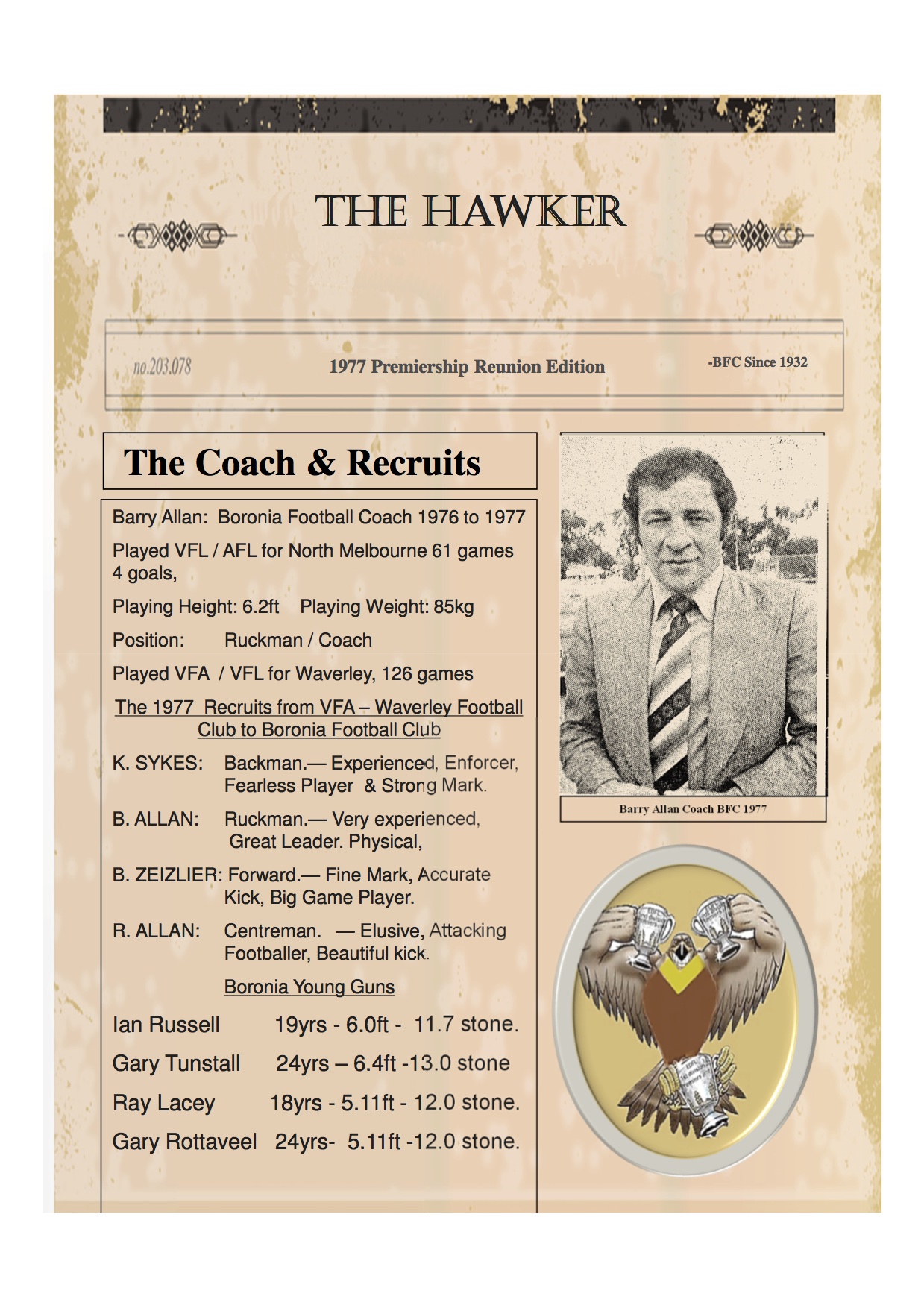 Congratulations to Adam & Chloe on the birth of Le