Tormore Reserve is a leading community facility and the addition of new sporting lights through the great support of Alan Tudge MP, AFL Victoria and Knox Council will ensure that reputation is maintained for many years to come.

The four 28 metre high poles, with six lights on each, will give our players the opportunity to train on a top-quality oval with state of the art LED lighting for many years to come. The Club’s vision is to always strive to innovate and improve across all aspects of operations, both on and off the field. These new lights will give us tremendous flexibility in relation to the fixturing of matches for our men’s and women’s football teams.

Planning for the new lights started in 2018 as the old lights were no longer at the required levels for training, let alone night football. With the support of Knox City Council and Alan Tudge MP, the Club lodged a submission for Federal Government funding under the Australian Sports Commission’s Community Sport Infrastructure Program.

It was a great day for the Club when Alan Tudge announced the ASC’s approval of our application for $190,000 to fund the project. The successful application for further funding of $24,000 from AFL Victoria under the Facility Development Program ensured that the Club’s own contribution to the project was manageable, while still significant.

The Lights were officially switched on by Club great Kristan Wood, accompanied by three other former Club Presidents, at a ceremony on 29 August.

The Club would like to express out gratitude and appreciation to the following people and organisations for their significant contribution to the successful completion of this project.

Knox City Council has just commenced phase 2 of the Tormore Reserve Master Plan that will see additional landscaping and facilities on the grass area between the main gate and the play ground.

Work will continue for 6 weeks, 6 days a week including Saturdays, with a resulting impact on parking availability.

The landscaping will include a picnic area, a multi-purpose flexi pave area, more trees, more paths and pedestrian lighting to improve the overall amenity of the park surrounding the oval.

It may have taken a lot longer than we initially planned, but Boronia Hawks are very proud to announce that our brand new full colour electronic video scoreboard has now been installed at Tormore Reserve.

Boronia Hawks are very grateful to Knox City Council for all they do to support football and netball for the Boronia community.  On this occasion, we wish to acknowledge Council’s generous assistance in the grant of funds of $40,000 for the purchase and installation of our new scoreboard.  This will be a tremendous asset for the Club for many years to come and will enable us to provide a far better game day presentation for our supporters and sponsors.

We also wish to thank Sandra Bell for her great work to make the successful submission for the grant on behalf of the Club.  Sandra was of course well supported in the submission by our Chairman, Kristan Wood.

A big thank you to our project team that have worked together to ensure the success of the tricky installation of the new panel into our existing scoreboard structure.  Former Treasurer Brian Nightingale was the key player throughout the whole process, along with Ash Johnston our Football Operations Manager.  They were assisted in the final installation by the crack team of Andrew Catley, Bill Notley, Hans Wennagel, Mark McAlpine, Rob Bell and Stu McDonald.  Many thanks to you all for giving up your time for this important project for the Club.

For the technically minded supporters, our sensational new video scoreboard from AusSport has the following features:

Boronia Hawks have been lucky enough to secure a stall at the Knox Festival this coming weekend on Saturday 3 March from 10:00am to 1:00pm.  This is a great opportunity to get the Club out there amongst the community and attract some new boys and girls to come on down and play footy with the Hawks.

We will have a handball target and Hawka hats and beanies to give away.  We will also have flyers with information about the Club and our Boronia Auskick Centre.

If anyone is available to come down and help sometime during this session, your assistance would be greatly appreciated!  Please contact Ellisa Schmidtke on 0417 593 884 who will be happy to provide you with the relevant information.  Otherwise, please pop in and say hello!

Boronia Hawks are very grateful to Knox City Council for all the co-operation and assistance they provide to help us to run an effective and welcoming community club for the people of Boronia.  On this occasion, we wish to acknowledge Council’s generous assistance in the Club’s implementation of the Terry Dillon Solutions Advanced Club Management package.  The TDS implementation has been supported by a grant from the Knox City Council Minor Grants Program. 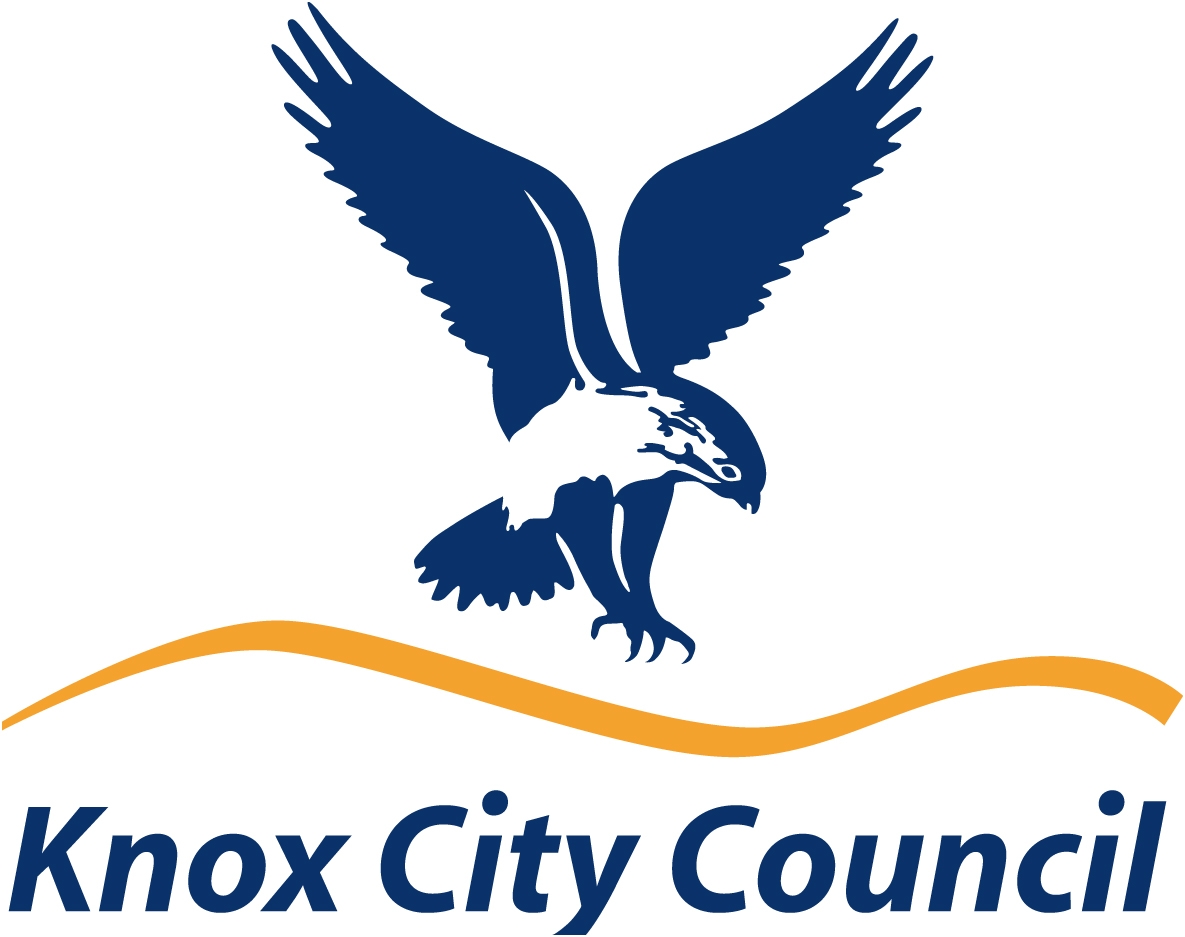 “Terry Dillon Solutions is the A-Z of running your community club. The package has been designed to support all community clubs and not-for-profit organisations. More than 160+ short videos and an online ‘filing cabinet’ full of spreadsheets, document templates and more information to guide you on all key areas of club operations. Plus, you can contact TDS by phone or email for further support!”

“It doesn’t matter whether your club needs a full rebuild or just wants to go to the next level, Terry Dillon Solutions shows you and your fellow executives how to be effective committee members. The program covers proven ways of maximising revenue for your club, how to deal with the demands of managing human resources and, importantly, establishing the strong governance and financial structures that will underpin sustained success for your community club.” 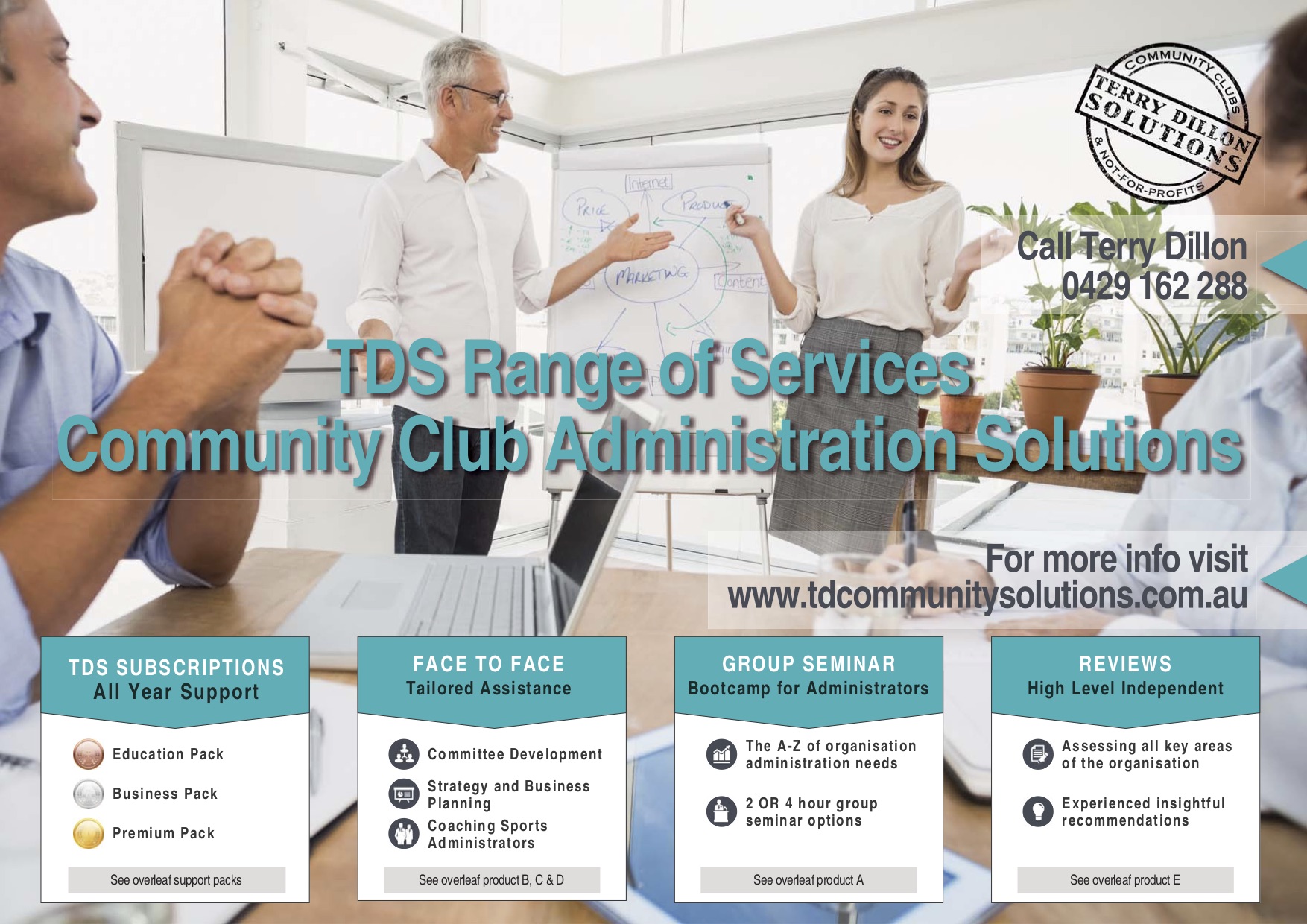 Ash Johnston getting the job done in 2013. #tuesd

Pat Garritty with a quick smile for the camera in

Congratulations to Matt & Karena on the safe arriv