The U19’s headed up the mountain for the early game to take on a competitive South Belgrave with Robbo taking the coaching reins and giving Fletch a well-deserved week off.  We also welcomed Luke Slater to the club for his first game.

Based on their results this year, South Belgrave had been competitive in every game and the boys knew that South needed to take a scalp to push their claims for a finals spot.  A fast start was stressed to the team pre game but unfortunately we conceded three goals, all from free kicks, and went into the ¼ time break down by 4 points.  Two goals to Josh Baker showed that if we moved the ball quickly on the small ground we would have plenty of opportunities to score.

The second quarter was a high scoring affair with both teams playing free flowing football which resulted in both teams kicking four goals apiece.  After a slow start, Trent Mellis & Harry Fewson started to get on top in the midfield, thanks to the tireless work of Ben Anderson & Jack Mueller in the ruck. Tuna & Luke Slater both kicked 2 for the quarter, with the latter being mobbed by his team mates after kicking his first goal for the club.  The half time score saw the Hawker ahead by a solitary point. 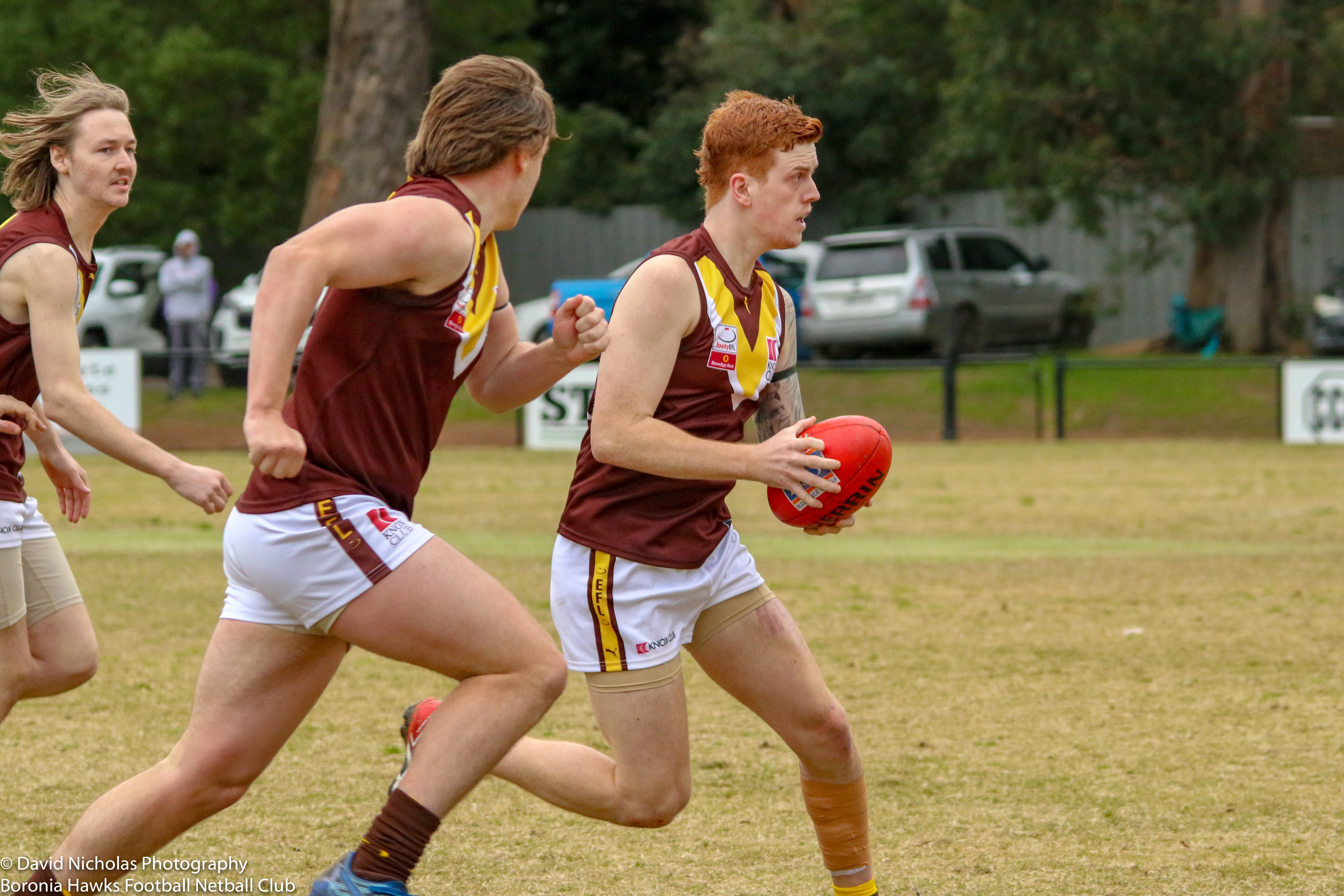 The coaches made some moves at half time in an effort to get the game going our way.  Jake Mellis was moved to CHB and Hoff was thrown into the midfield along with the big body of Will Morrison to try and assert some dominance around the stoppages.  South Belgrave managed to get on top in the first part of the third quarter through the dominance of their #12 on the wing so Bailey Campbell was sent to him with the simple task of following him everywhere and shutting him down.  Cambo did a great job, sacrificing his own game, and from this point on #12 only had 2 possessions and the game started to turn the Hawker’s way.  We clawed our way back from being down and led by 2 points at ¾ time. 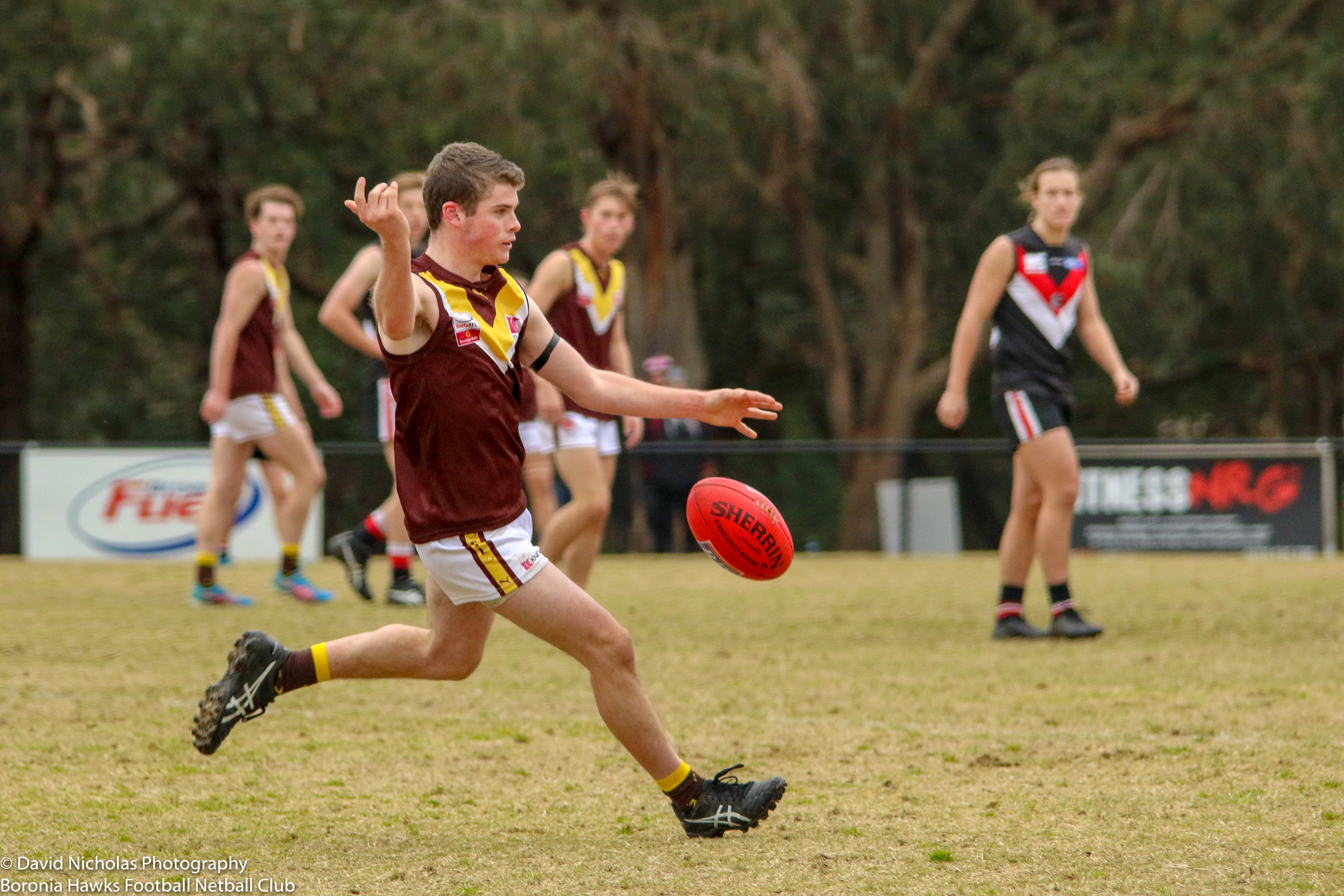 The last quarter was a see-sawing affair with huge desperation being shown by both sides.  We managed to keep our noises in front for the entire quarter and maintained our composure in the final few minutes to control the game and at the final siren we were ahead by 4 points.  It was a huge team effort from everyone playing their role and digging deep, especially considering we were down two players going into the final quarter.  Bakes ended up with 3 goals for the game, Hoff was everywhere & Jake Mellis was a rock at CHB in the 2ndhalf. 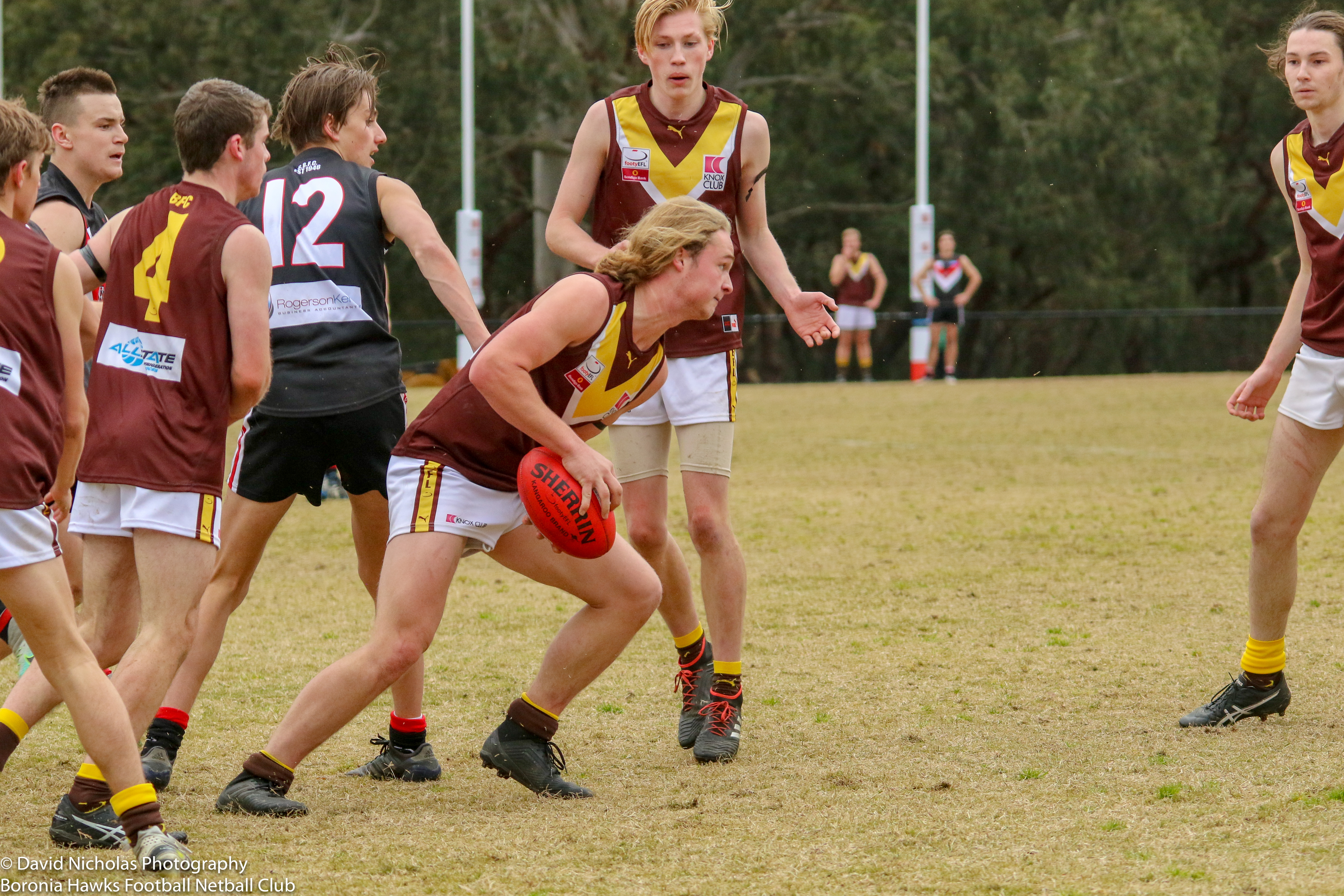 After the game, Robbo happily handed the coaching gig back to Fletch with a perfect record intact and the young Hawks look forward to another tough challenge against Scoresby this week.