After a night of heavy rain we arrived to find our ground in great nick for football and not what we anticipated on Thursday night at all.  With no one missing a game this week due to some player injuries and unavailabilities it was easier at team selection this week.  In a milestone game for B Castersen, 50 senior games with the Hawks, and Patto coming back to give some needed experience to our forward line; we were confident our form of early in the season would return.  We talked about courage and game goals prior and we were ready to take on the second bottom side and kick a large score. 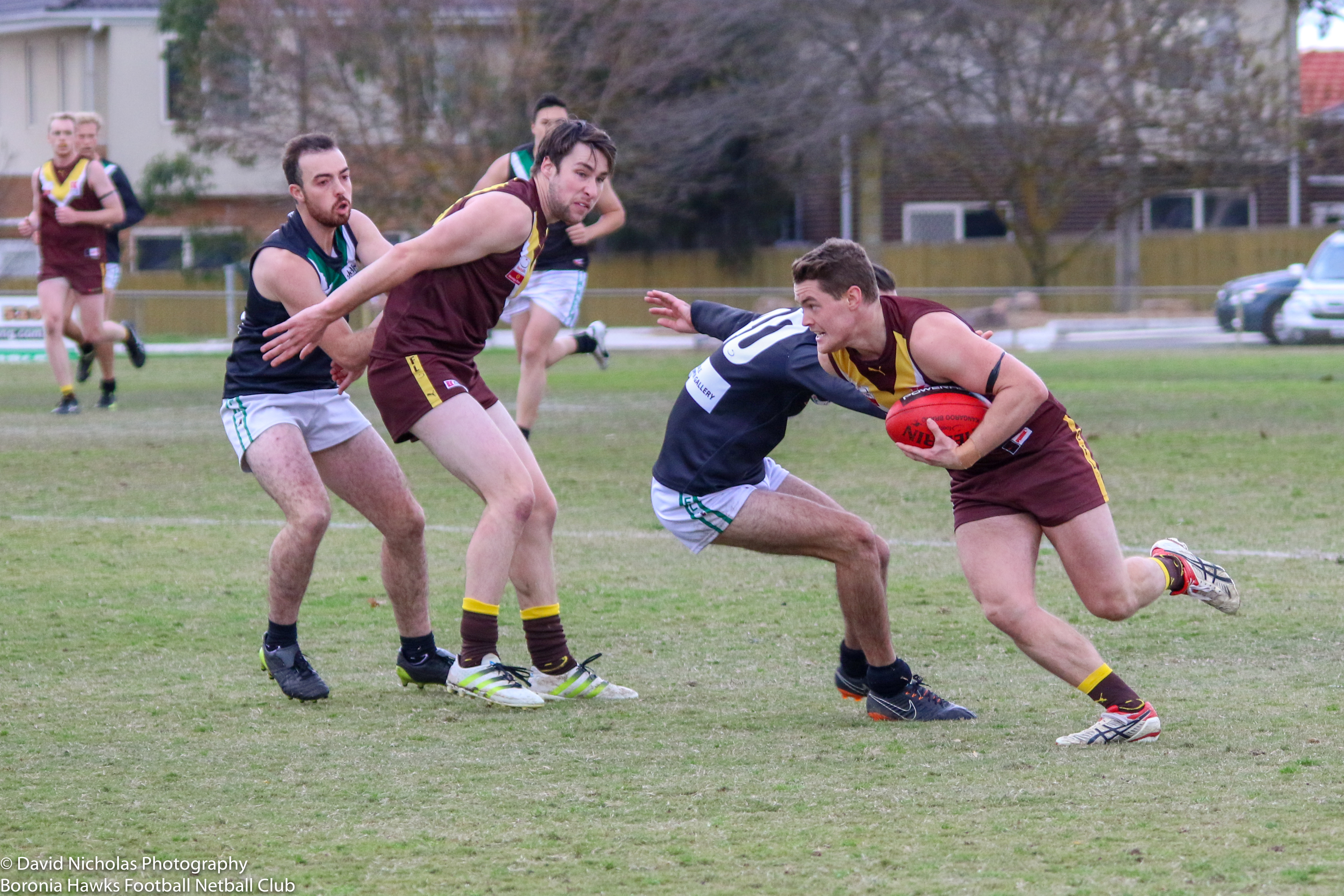 That was all good in theory but our demons returned and we played as we had finished against our previous opponents two weeks prior.  It wasn’t from lack of effort, we just didn’t connect thee dots.  With Carro dominating at stoppages we still found space hard to come by and allowed Donvale to put pressure on our ball carriers.  The first and second quarters were a slog for both teams and honestly, you would have thought we had just encountered 30mm of rain for almost an hour of footy.  The back line was solid but we lacked drive through the middle and half forward.  Z Dower, Smithy, Carro, Sugar and Romano were keeping us in the game and at the long break we were two points in arrears. 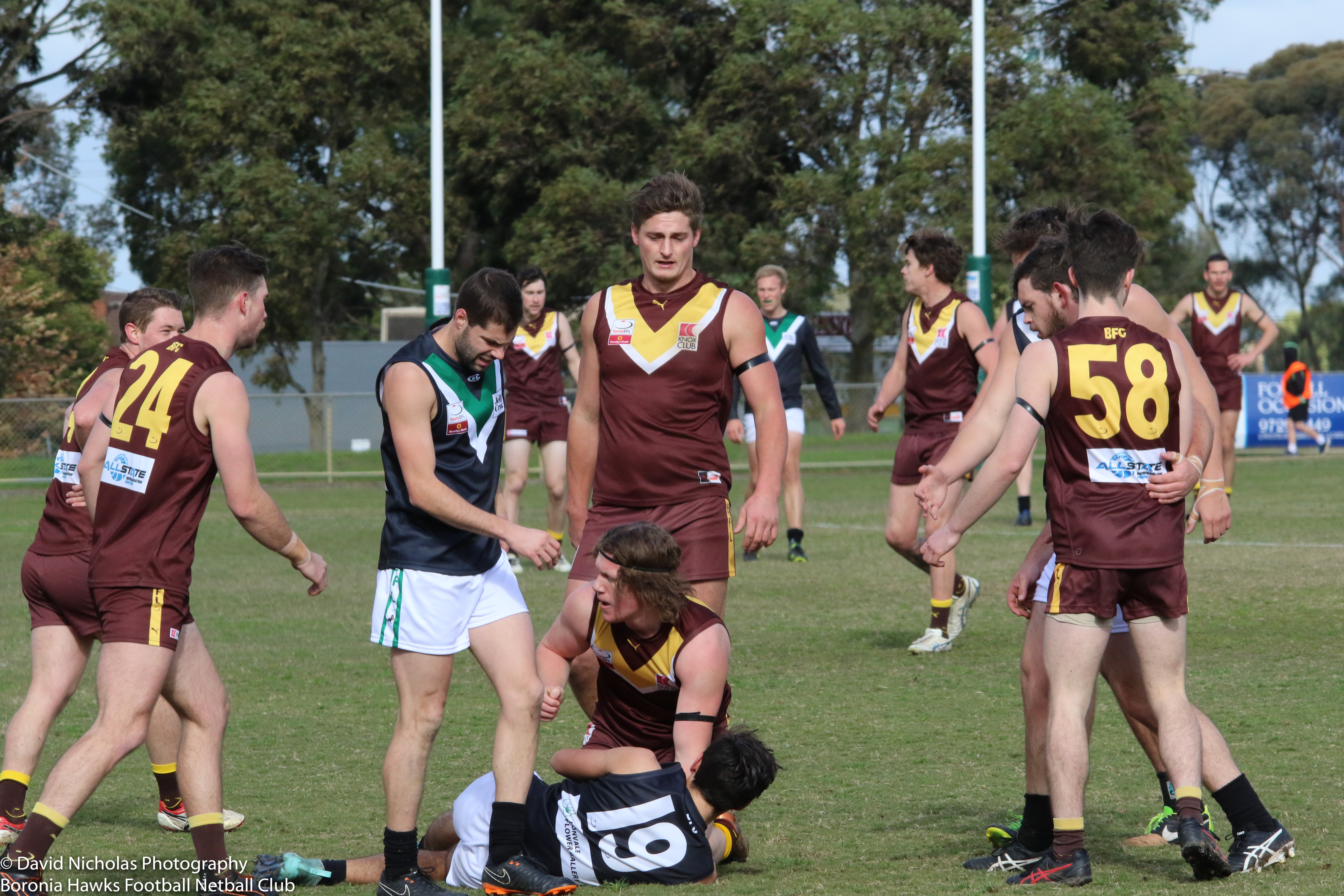 After some home truths and some team challenges, with consequences if they weren’t followed, we took the field for the second half.  We looked like a different team.  With short accurate kicking, better decision making, and courageous tackling, we were winning the ball and looking something like we did half a dozen weeks back.  With the ball starting to enter the forward fifty with some purpose, we knew goals would follow.  The first 10 minutes was pressure footy and we didn’t take a backward step.  We wore them down and gained much needed confidence.  M Smith and Stamma tackled strongly and turnovers were now in our favour.  Patto was putting forward pressure on their backs and could have kicked six or seven if the gods had favoured him.  The final term was played pretty much on our terms and with four massive tackles by Stamma we now had the game on our terms, goals were looking likely, and we played like a team.  We now look forward to Belgrave South and continuing our second half into next week. 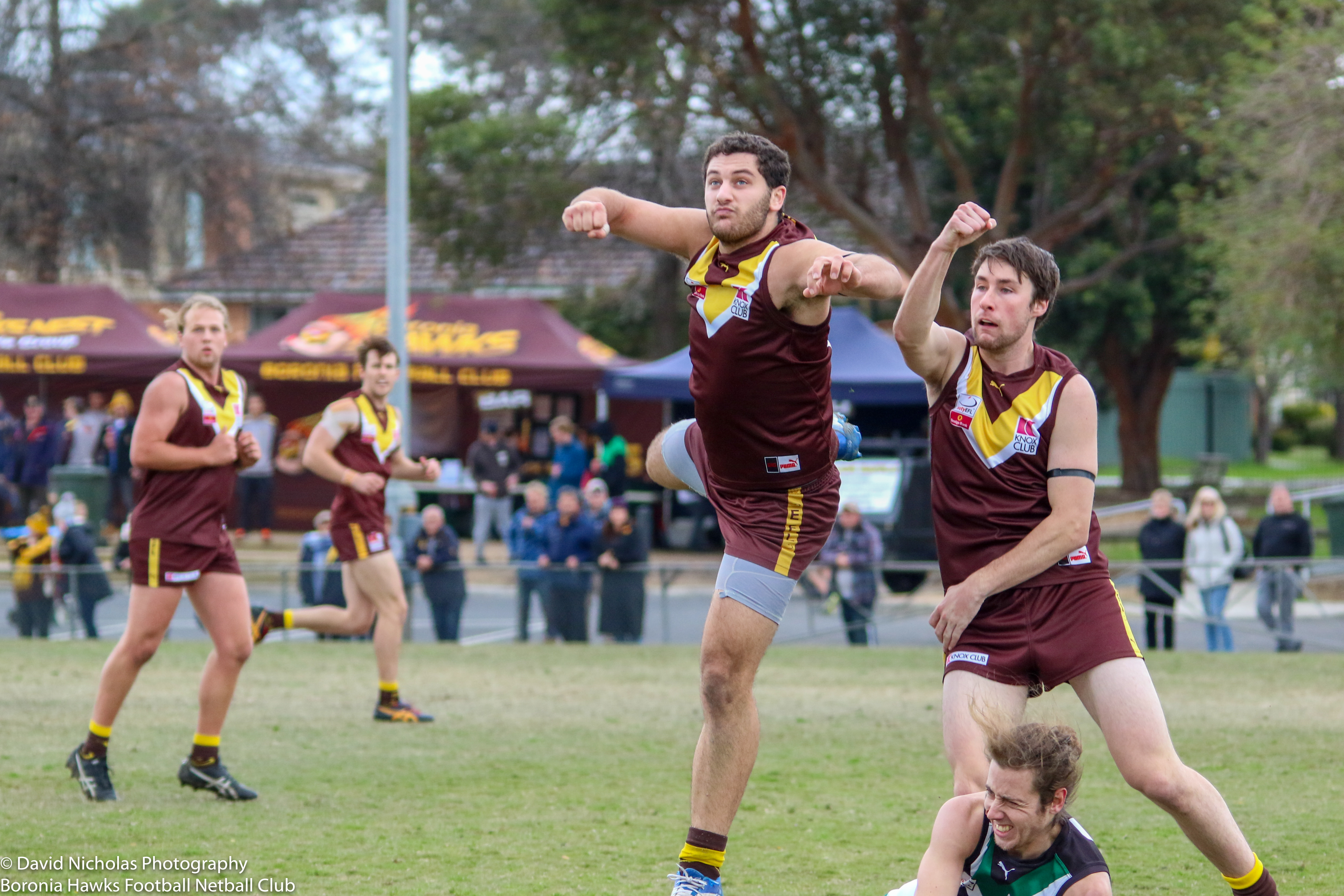 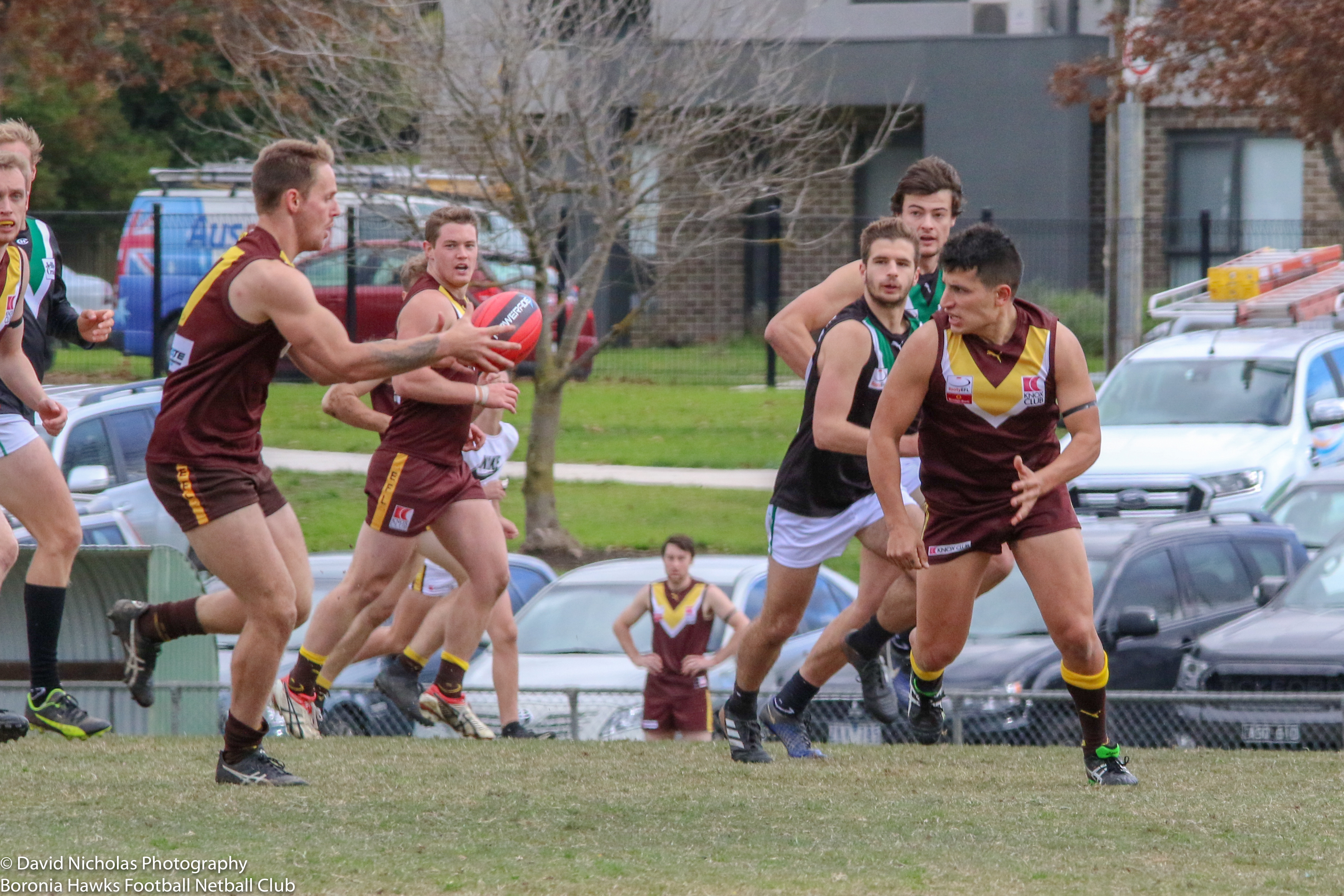