Congratulations to Ryan Henderson who will play his 150th game for Boronia in today’s Preliminary Final at East Burwood.

The big hearted follower came to the Hawks in 2012 and has been a magnificent competitor ever since.  Ryan has taken on the biggest (and ugliest) blokes the opposition can throw at him in the ruck, and loves to slip forward for a big mark and goal.

Please join us all in congratulating Matt Buzinskas on the occasion of this 200th Senior Game for Boronia Hawks in Round 17.

This is a massive achievement, with very few players reaching this milestone with the Hawks in recent years.  Even more remarkable is that Buzz has played at four other clubs during his career.

In fact, Buzz has racked up well over 350 games in total if we add on 89 junior games for Boronia; a junior season at North Ringwood; a senior premiership at Forrest in 2005, 17 games for Watsonia; and 17 games for Wantirna South!

Buzz has been a standout player for Boronia since his senior debut in 2006 as a seventeen year old, but with a rig and attitude well prepared for senior footy.  He has only played 2 games of Under 18’s footy and only 16 Reserves games so he has been a fixture in the senior team as an inside mid and crumbing forward.

Buzz’s goal sense has been a feature of his game, with 208 senior goals for the Hawka and a best of 7 in one game back in 2007.  There has been no greater sight in recent years than Buzz charging through the guts to kick a team-lifting goal then running back to the middle with a modest celebration as the Hawka faithful raise their voices, and cans,  to salute another Buzz special!

Buzz is a true champion of the Club.  He provides a great example for our young players and is still playing tremendous footy in 2019.  Congratulations to Buzz from everyone at Boronia Hawks.  We wish him, and his family, our very best wishes for his  milestone game and for many more to come.  We can’t wait to see him teaming up with Woody and Stifler in the Vets!

Please join us all in congratulating Big Ben Robertson as he plays his 100th Game for Boronia Hawks in Round 15 against Mulgrave.

Robbo joined the Hawks from Monash Blues in 2010 and spent two years with us before heading back to the Ammo’s in 2012.  He returned to Tormore Reserve in 2016, even bigger and stronger than before,  with over 100 games of VAFA football under his belt.  Since then Robbo has been an absolute rock for the Hawks and his team-mates know that the big “orange roughie” always has their back.

Robbo currently sit on 98 goals for the Club, so let’s hope he can celebrate the double in his milestone game!

Please join us in congratulating Luke Hannon on achieving the milestone of 50 games of senior football for the Club.  Luke joined Boronia in 2017 with a CV including stints with Eastern Ranges and Casey.  With two Bob Henry Medals and a Premiership to his credit in his first two seasons, Luke is sure to make a significant contribution to the Hawka for many years to come.

Please join us in congratulating Kellie Newton on achieving the milestone of 50 games of EFL Netball for the Club. Kellie was the founder of the Club’s netball program back in 2014 and was a member of the inaugural EFL Premier Divison premiership team in that same year. In 2018 the Club recognised Kellie’s contribution by naming the Club’s Netball B&F in her honour. 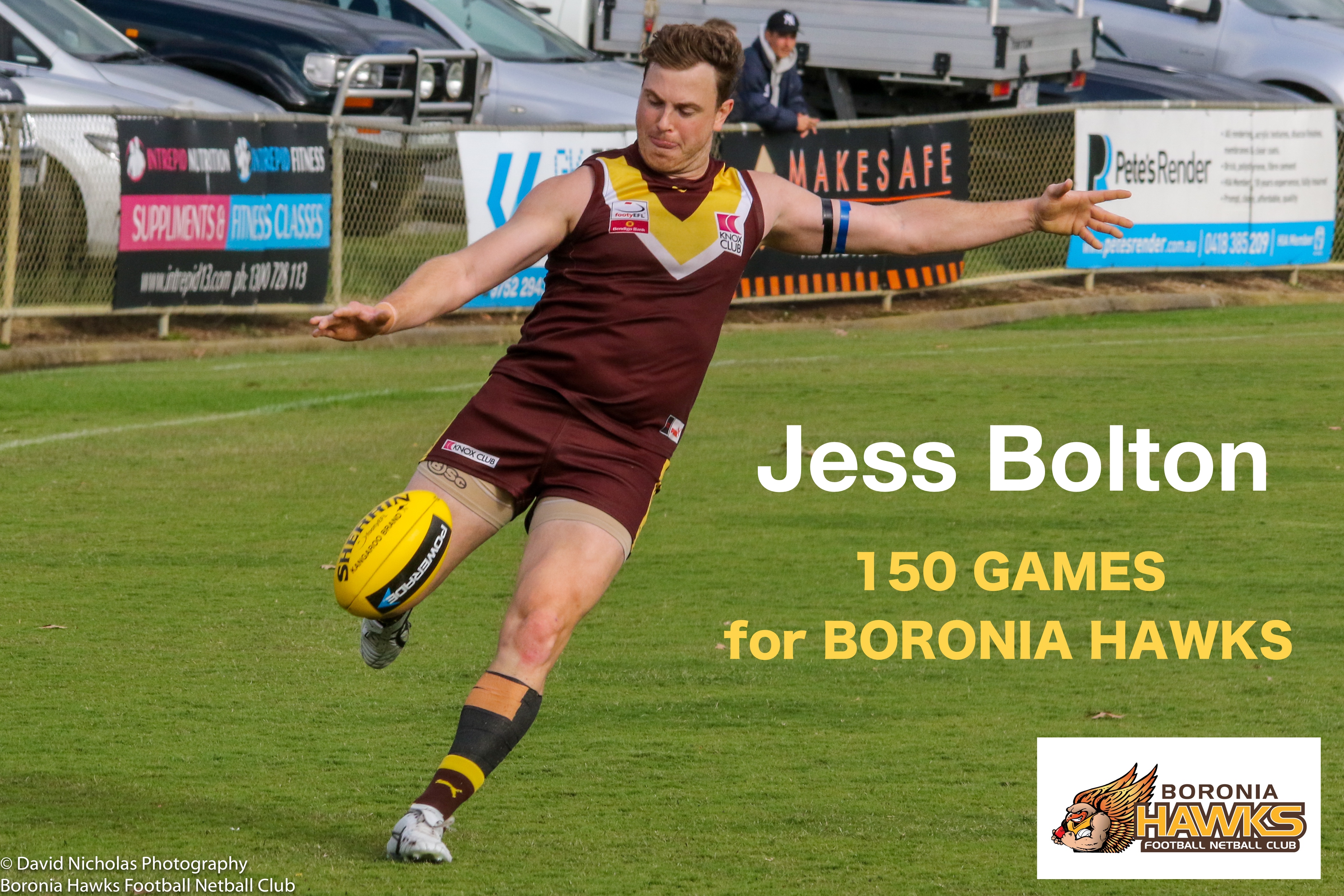 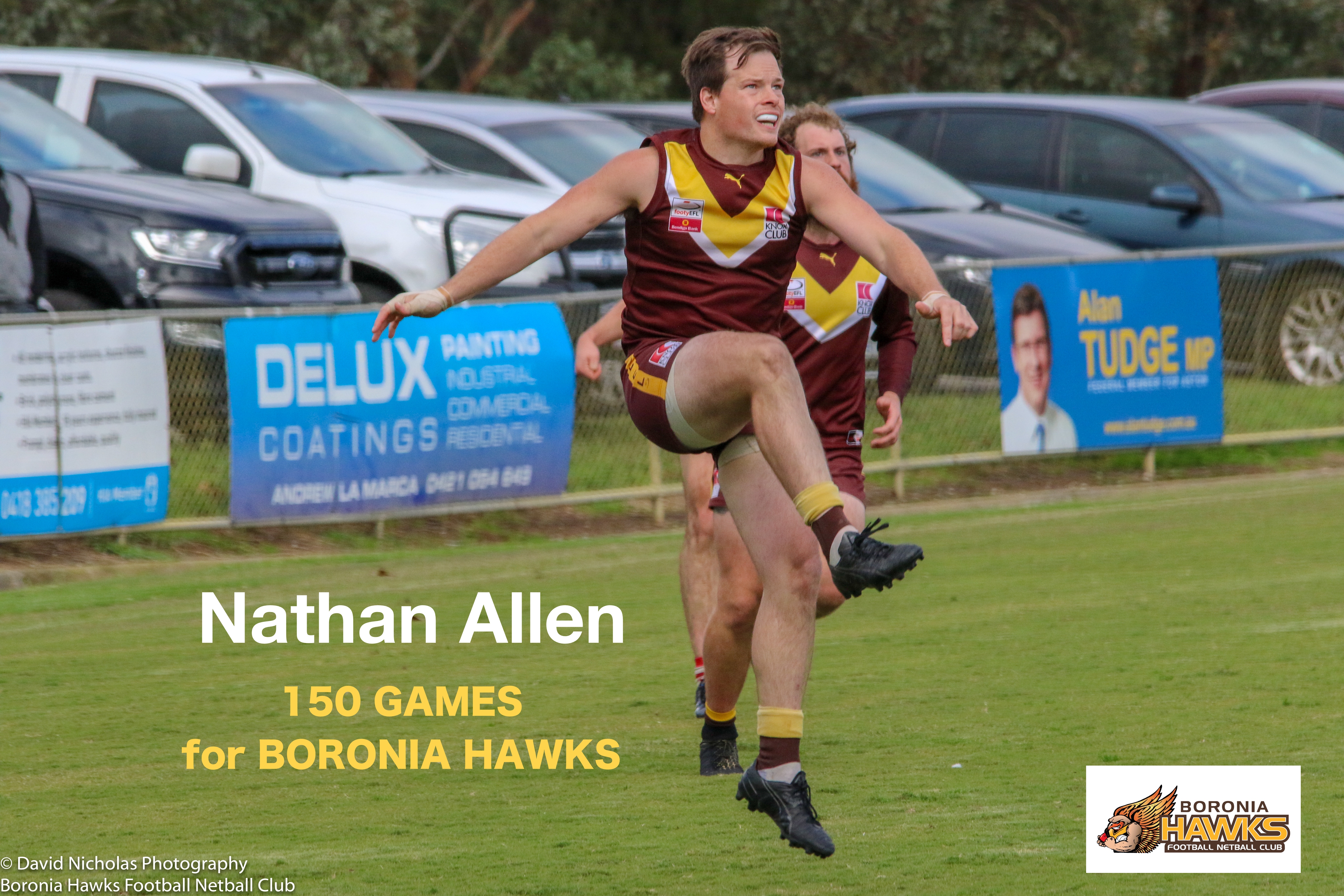 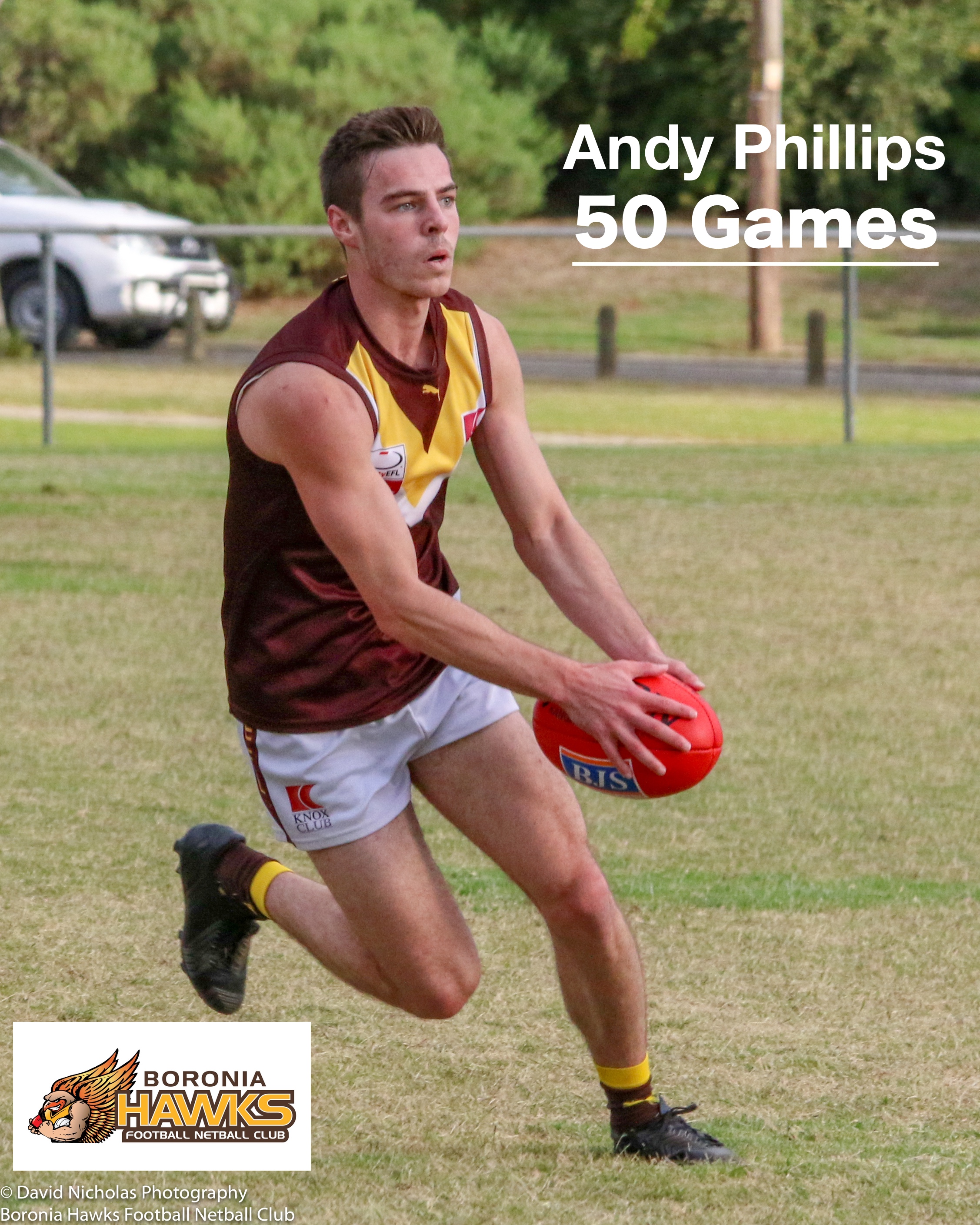