Boronia Junior Football Club was formed in 1972 fielding three teams that season – Under 10, Under 13 and Under 15.  Alf Lacey was President and Jen Armstrong was Secretary/Club Treasurer.

The Club was originally known as the “Sparrow Hawks”.  Some players from that time went on to play as seniors and veterans at Boronia Football Club.

In 1980 the Club had four or five teams in what was the Knox Junior Football Association (KJFA).  At the end of the 1997 season the KJFA was merged with the EDFL to become the Eastern Football League (EFL). During the mid 1980’s the club had a lean patch, only being able to field three teams due to the large number of families’ moving away from the Boronia to the newer Knox / Wantirna areas where the population grew.  In those days two or three players were invited up from AusKick to play with the Under 10’s each week to give them the experience of playing competition football and to get the families inducted into our great football club community.

As we moved through the 80’s and into the 90’s it became more affordable to live in this area and Boronia Junior Football Club started to recruit more young families.  In 1989 the Club decided to expand the Member’s Honour Boards and it created the Life Member’s Board in recognition of the Kimmitt Family for their services to the Club.  The Best and Fairest Board was also added to the President’s Board.

The Club took a big step forward in 2019 when we fielded our very first teams for Junior Girls.  The Under 12 Girls were coached by members of our Senior Women’s Team and drew many of the players from our rejuvenated Boronia Auskick Centre.  The Under 16 Girls was a bit light on numbers so merged with the Knox girls to form the Boronia / Knox Under 16 Girls, who went on to win the Division 2 premiership under the guidance of coach Stephen Mitchell. 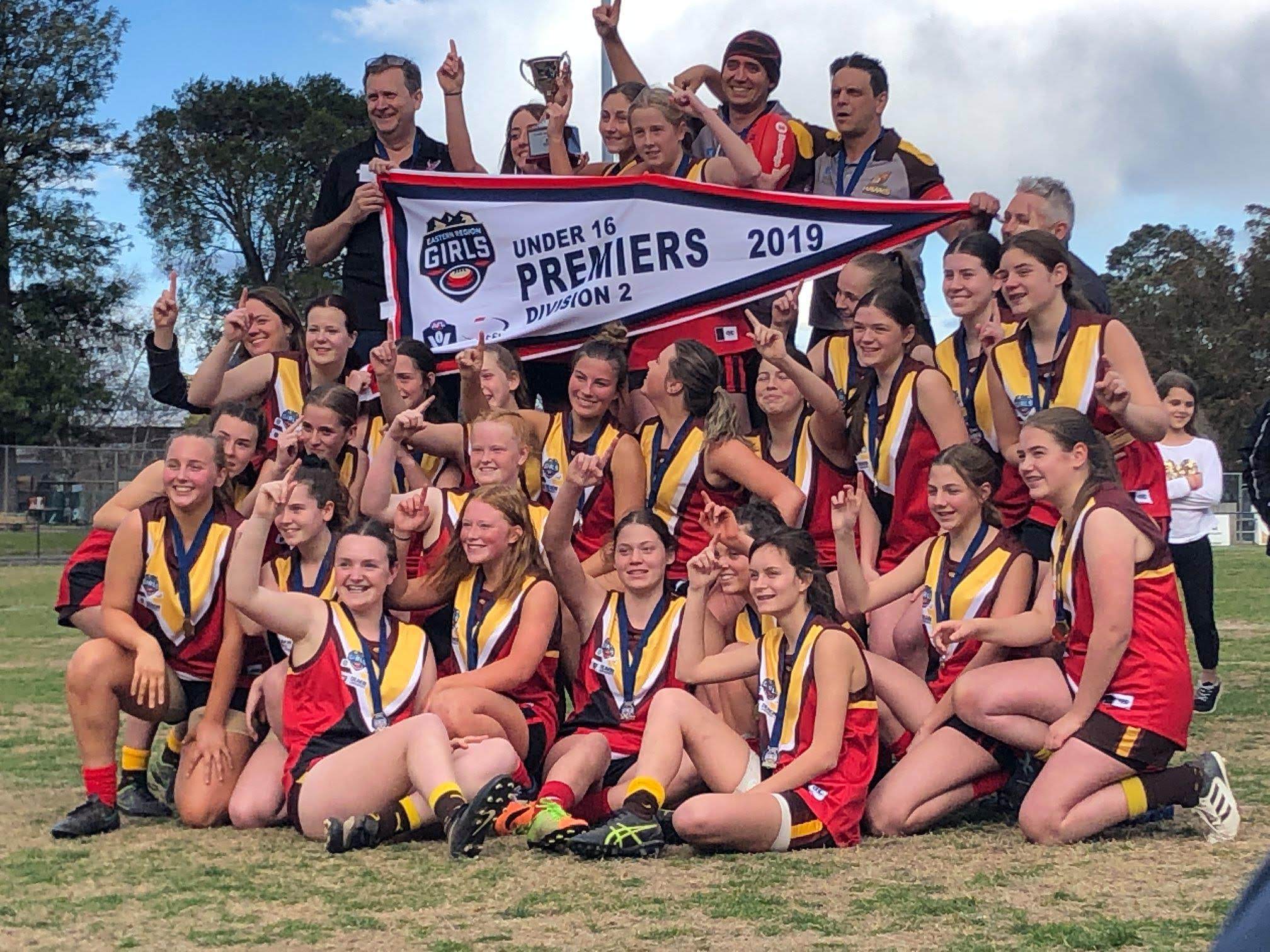 Some of the VFL / AFL footballers who started their playing careers at Boronia are: